If you’re looking for fun and exciting things to do around Ottawa-Gatineau this coming week, look no further, you’ve come to the right place. If you’ve got some time on your hands and would like to attend events in the days ahead, check out Eventful Capital’s weekly picks below.

This Tuesday, July 22, head over to Cafe Deckuf on Rideau Street if you’re into acoustic folk/rock. Landon Tewers (vocalist of The Plot In You), Winds In Sails (ex vocalist of Vanna), Randy Forbel (We Were Sharks acoustic) Backseats and Every Legend’s Man will be giving a live performance and look forward to rocking out with the Ottawa crowd. Note that this is an early all-ages show.

Over in the Hull sector of Gatineau, the audio-visual DJ/VJ crew that is the Fau Mardi collective presents Raas’ video launch this Tuesday night at the Petit Chicago.

If you’re into metal, be sure to make your way over to Mavericks this Wednesday, July 23 for a solid lineup of metal bands. Massachusetts Thrash Metal group Lich King, England Deathcore band Black Tongue, California Djent project Lifeforms, Illinois Down-Tempo formation Villains and BC Hardcore Metal group Galactic Pegasus will be in Ottawa as part of the Born Hanged Canada Tour. For the occasion, they’ll be joined on stage by Ottawa bands Abraxas and Greylights.

For the third year, Ottawa will be home to the Asinabka Film & Media Arts Festival celebrating Indigenous arts on Algonquin Territory. Following two successful inaugural years, the annual festival is back with a 2014 edition taking place from July 23 to July 27 that promises to offer a rich and engaging programming emphasizing art works that examine Indigenous issues and topics. The festival will take place over four days and will feature film screenings and gallery crawls, some of which are being held outdoors. Click on the below poster for festival details and check out Eventful Capital’s special feature on Asinabka to find out more.

House of PainT, which is gearing up to celebrate its 11th year, invites you to Recognize! a live art and auction fundraiser in support of Ottawa’s festival of urban arts and culture. The event, being held at Gallery SAW this Thursday night, will feature 6 visual artists, accompanied by the music selections of DJs Illo and Zattar, creating new works on 14 bar stools that will then be live auctioned to the audience. 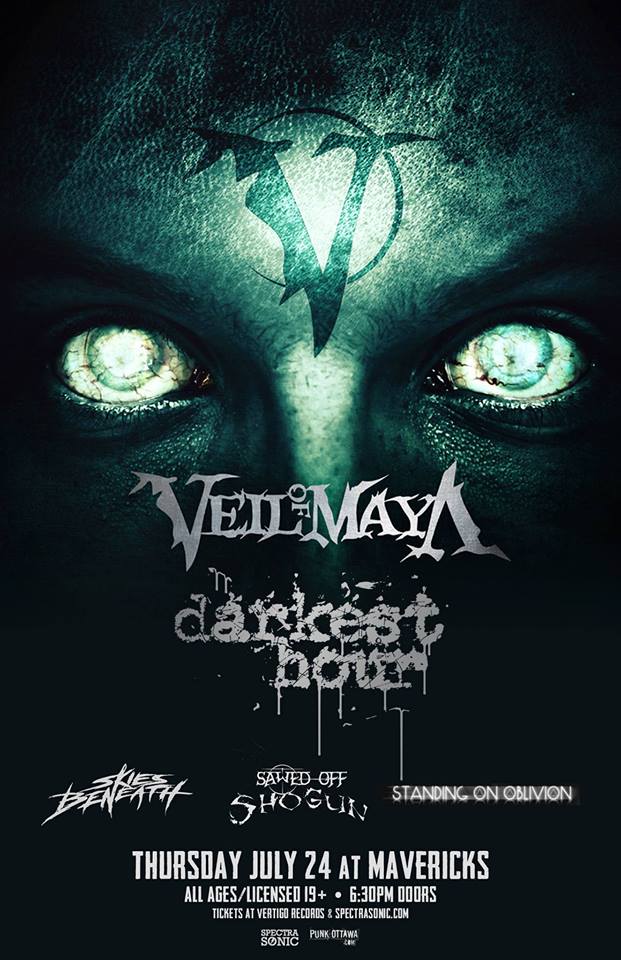 The 2014 Ottawa International Chamber Music Festival celebrates its 20th anniversary this year with a programming that runs from July 24 to August 7 at venues across the downtown core. The world’s largest chamberfest will feature a variety of performances ranging from early music, core repertoire, contemporary, and fringe.

If you’re a fan of punk/rock and want to rock out at a show this weekend, you might want to check out Cafe Deckuf this Saturday night to see Bufffalo punk/rock group Pentimento perform live with Baltimore emo/punk band Have Mercy, New Jersey indie project Gates, Edmonton punk/rock formation Slates and Ottawa emo/punk 5-piece Old Rules. 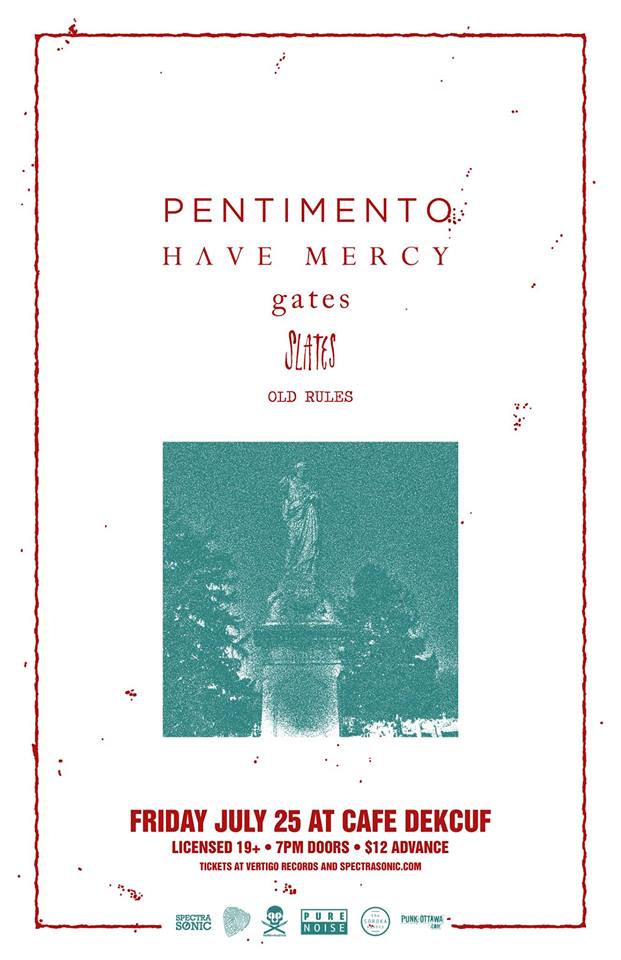 Over at the reputable Blacksheep Inn in Wakefield, local trio Mehdi Cayenne Club invites you to its video release party for the song “L’art pour l’art”. For the occasion, singer-songwriter Angelique Francis will be opening the night to warm up the crowd for the main performance. 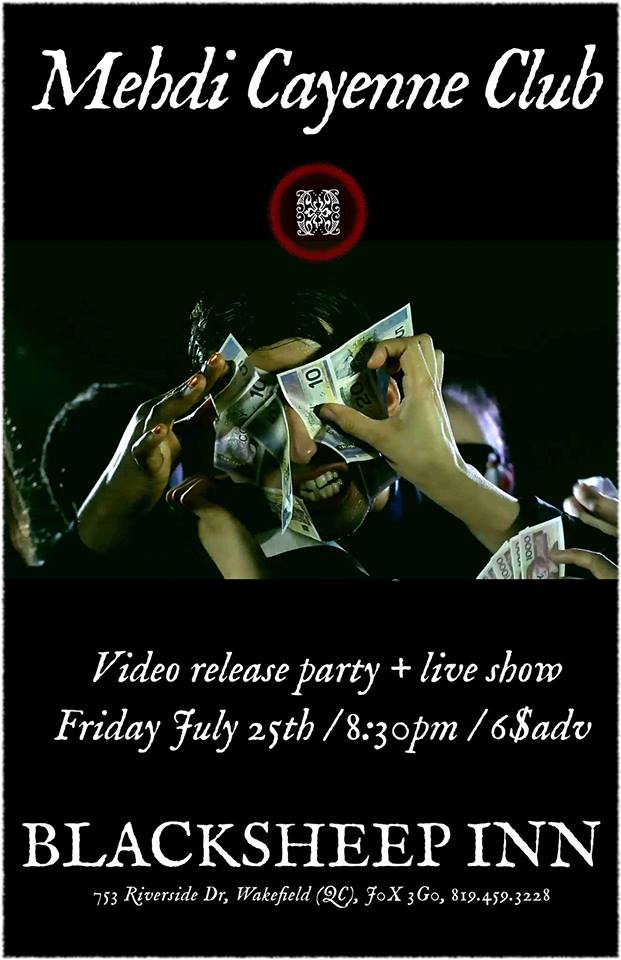 The annual World Press Photo exhibition is back at the Canadian War Museum starting this Friday, July 25. The photojournalism exhibiton, which presents over 140 winning photographs, including those captured during recent and ongoing conflicts, will be in Ottawa until August 21. If you’re a fan of photography, don’t sleep on this internationally renowned show!

Riverside is back for a second year this  Saturday July 26th at Jacques-Cartier Park in Hull just across the bridge from the National Art Gallery. The event will feature live electronic dance music outdoors courtesy of guest DJs 3LAU, Henry Fong, Starkillers, Arabika along with several others.

Monobrow is set to release its 3rd full-length album, Big Sky Black Horse this Saturday, July 26 at House of Targ. To celebrate the release the group will be performing alongside Toronto stoner rock masters Ol’ Time Moonshine and fellow Ottawa/Mordor band Barrow Wight. 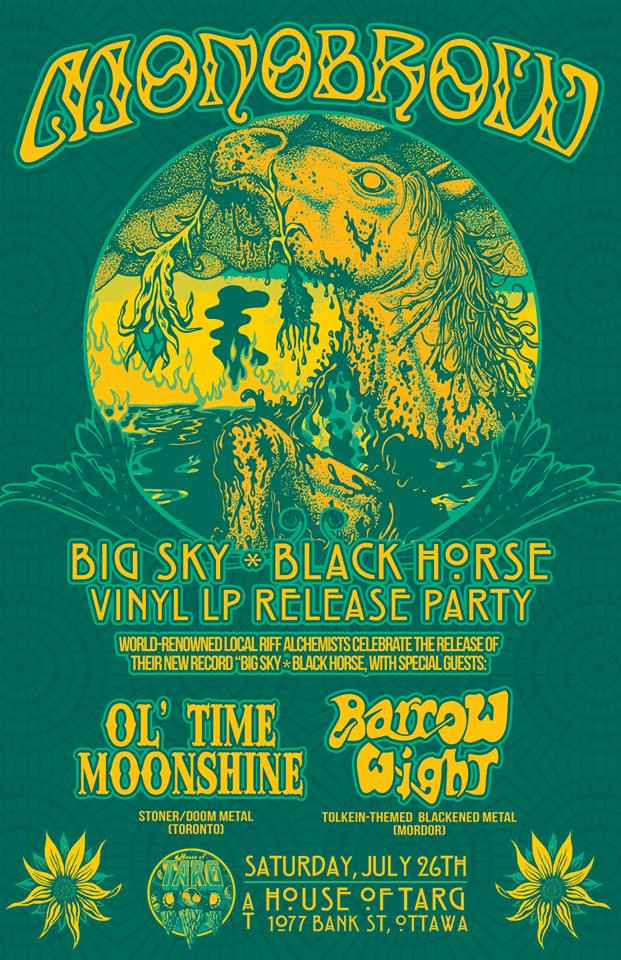 The International convenes latin lovers to party outdoors with Latin Sparks this Saturday night. Taking place along Sparks Street, the block party promises to offer a night of dancing under the stars with complimentary workshops, latin music, latin cuisine and live percussionists and entertainment.