Late September in the National Capital: From Harvest Noir to the Up and Up Revue Festival

This last week of September is another one filled with fun events of all sorts happening around Canada’s National Capital. Here’s a selection of a variety of events taking place in the coming days.

First up is a comedy show by Native-comedian Ryan McMahon. The Ojibway Metis humorist will be in Ottawa this Tuesday, September 25 as part of  his Cross-Canadian Unreserved Tour. McMahon will be performing live at Fall Down Gallery as of 9pm and he promises a hilarious show complete with brand-new material. You can grab more info if you click on the poster below.

Also this Tuesday, September 25, for lovers of New Orleans Bounce music, Nicky Da B  will be performing live at Babylon with special guests Gregular and Ottawa’s-own Iggy Smalls. The Mad Decent artist best-known for his collaboration with Diplo on Express Yourself  will be in the National Capital following a show at Pop Montreal and in Toronto. For more info simply click the poster below. 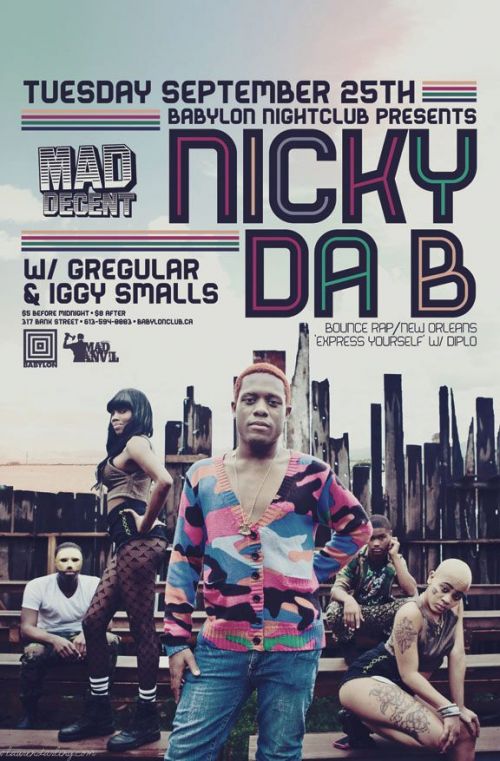 This Thursday, September 27, rapper Big Sean’s official tour DJ Mo Beatz will be stopping by Mansion for a set as part of the nightclub’s I Love R&B Thursdays. If you want to know more, just click below.

Starting this Thursday, September 27 and ending on Saturday, September 29, Up & Up Music and Kronenbourg 1664 present the Up & Up Revue! This 3-day music festival will bring some of the best up-and-coming artists of the Ottawa-Gatineau region at 3 different venues. For more info, please click the poster below. 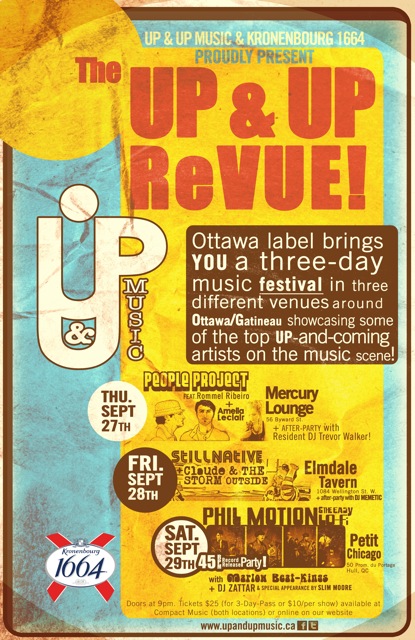 This Friday, September 28, Spectrasonic presents Hey Ocean! at Ritual with Family of the Year. The Vancouver-based indie-pop group will be in Ottawa as part of its IS Tour 2012.  The group will be performing songs of their lastest album IS along with tracks from their two previous albums. If you want to find out more, simply click on the below image.

This Saturday, September 29, Kapacity Entertainment presents American-rapper Tech N9ne live at Ritual with special guest Mad Child and Aspects. If you’re into hip hop, you may want to check this event out. Get all the details below. 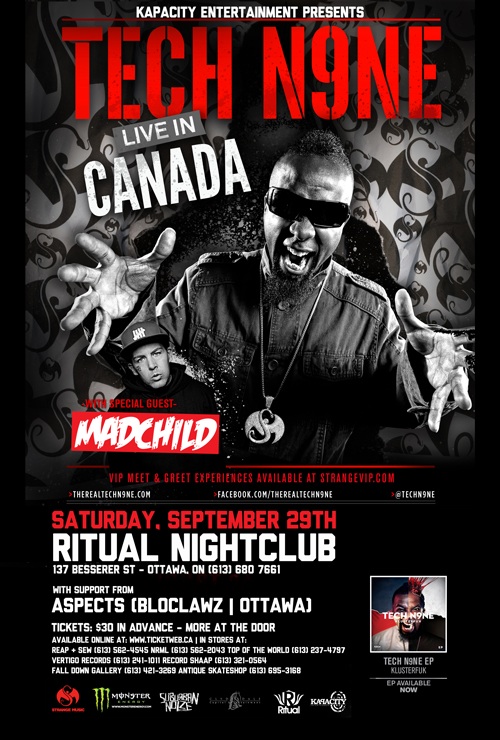 This Saturday and Sunday, Patrick Watson and his musicians will be back in the NCR in full-force following his acclaimed performance at the Ottawa Folk Fest. This time around, he will be stopping by the Canadian Museum of Civilization to perform songs off his latest album Adventures in Your Own Backyard to sold-out crowds. For more info, simply click below.

Those of you who love to attend Grind Party will be happy to know that this Saturday, September 29 is the 6-year anniversary of this monthly hip hop night. For this special edition of Grind, Jon Deck and Selektah Shellz bring you guest-Deejay Theory from San Francisco. To find out more, you just have to click on the below poster. 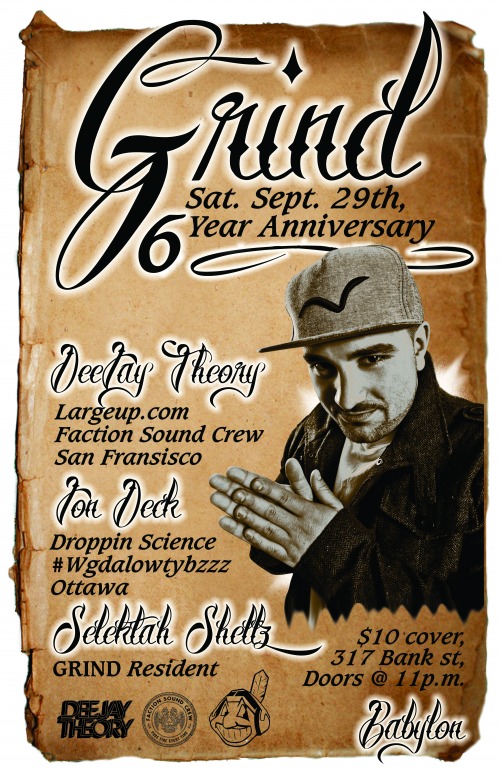 Last but certainly not least, after a successful first-edition, Harvest Noir is back for a second year with its secret pop-up picnic and chic dance party. Organizers plan to reveal the secret location to event-goers this Sunday, September 30, just a few hours prior to the event. This unique event, experienced by a sold-out group of guests last year, promises to out-do itself this year with the following: bubbly, local craft beer and fine regional wines, more downtown, more music choice, a pop-up parade, a bicycle flashmob, a farmer’s market flashmob and more social media networking. There are still tickets left, but hurry-up as this fun event will most-likely sell out. More info by clicking below!