Yes, it’s been unreasonably cold this past little while, but temperatures are warming up again this week, and they’ll probably go back down again before we’d like them to. Let’s face it, Winter’s here to stay for a little longer, so we might as well stop complaining and go out and enjoy ourselves. With that being said, here’s a selection of noteworthy events happening in Ottawa-Gatineau over the next 7 days.

Art aficionados won’t want to miss Art Battle 89 taking place this Wednesday, January 15 at the Arts Court. This unique concept organized across Canadian cities, brings 12 local painters together for a live painting competition. The winner will earn a cash prize and a spot in the Ottawa Championship in June 2014. The winner of the Ottawa Final will compete in the 2014 National Championship.

Carleton University’s Art Gallery presents a performance night in conjunction with the 3rd Carleton Community Art Exhibition. Taking place on Thursday, January 16, it’ll feature a variety musical, poetic and performance-based acts. While you’re there, be sure to check out the art exhibition! For more info, simply click on the event poster below.

The Radioactive Series presents The Split live in concert this Thursday, January 16. The Ottawa-based neo-soul band will be performing at Mercury Lounge alongside special guests Stand Up and Say No of Montreal.

Indie garage/pop formation Tokyo Police Club will be performing live at the Algonquin Commons Theatre this Thursday, January 16. For the occasion, the Toronto-based group will be joined on stage by Hollerado and The Ecstatic. 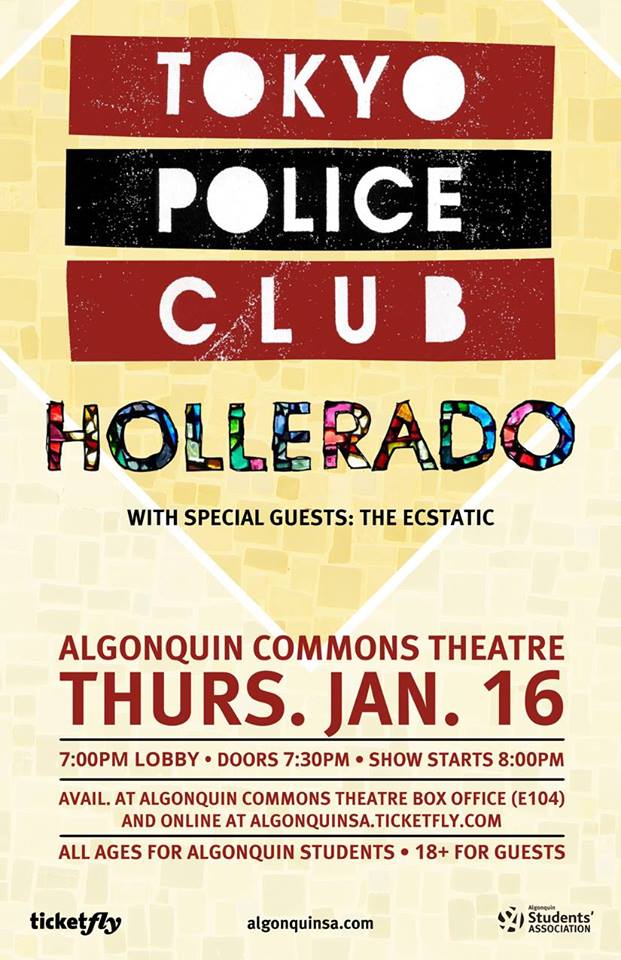 Any respectable Jurassic 5 fan should hit up Babylon this Thursday night to check out a live set by DJ Nu-Mark. The internationally renowned hip-hop DJ will be in Ottawa as part of Monster Energy’s 7″ Of Pleasure Tour. He’ll be joined by DJs Mat The Alien, Pump, Vinyl Ritchie, Illo, Magnificent & Ray Ray. This is sure to be a big night! 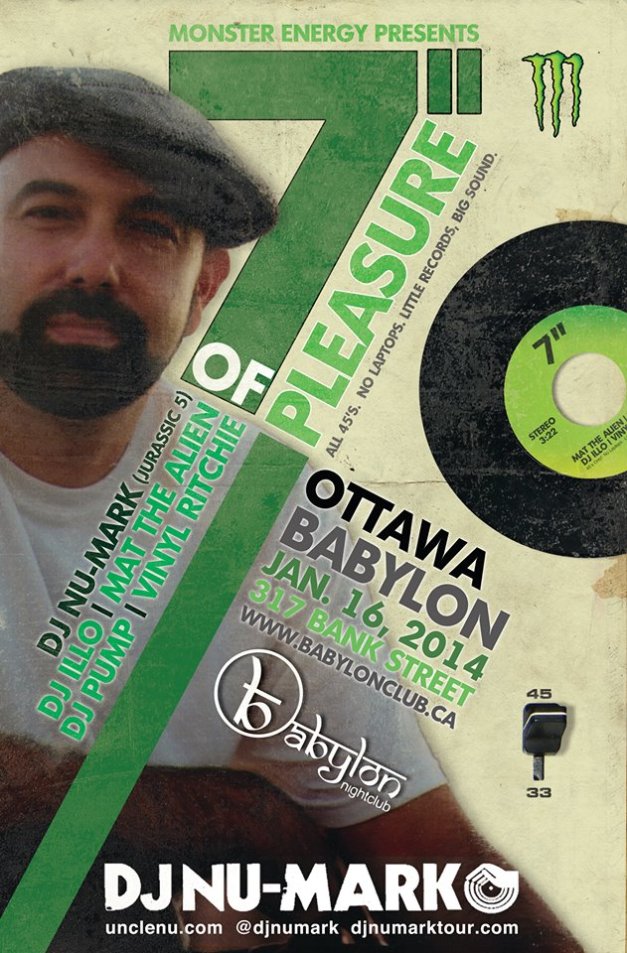 Over on the Gatineau side, Bass Pro Shoppe presents Joe Nice this Thursday, January 16. The dubstep DJ from Baltimore will be giving a live set at Le Troquet as part of the series Les Jeudredis Électroquet.

If you’re into indie punk, you should head over to Ritual this Friday to see Balance and Composure. The Pennsylvania indie/punk group will be performing live with Sparrows and Old Rules, both of Ottawa.

If you’re looking for a more intimate musical experience, you may want to make your way to Pressed Cafe this Friday night to take in live music by blues rock band Creep Like Thieves and alternative rock trio Twisted Planet. 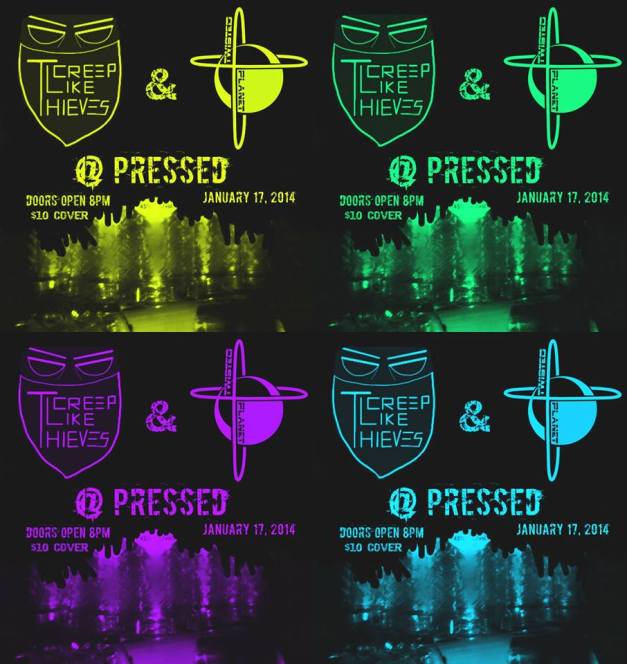 At the Rainbow Bistro this Friday, January 17, there will be a night of live rock courtesy of Minimal Effect, Grand Theft Ottawa, The Cowards and Wierd With Cats. Jello may or may not be provided?

Jazz ensemble Trouble Clef will be giving a live performance at Raw Sugar Cafe this Saturday, January 18. The Ottawa-based quartet will be joined on stage by special guest Catriona Sturton for the occasion.

Legendary brooklyn rapper Jeru Tha Damaja will be back in Ottawa this Saturday, January 18 to perform live at Ritual. Jeru, who’s no stranger to Canada’s Capital, will be doing a live set with local support from Prehistoric, Eddie Quotez and more to be announced.

Over in Wakefield this Saturday, DJ Acro and DJ Shub from A Tribe Called Red will be heating up the Blacksheep Inn with guest DJs Gary Franks, Adam Saikaley and Matt Tamblyn. If you have the chance to get out there and dance up a storm, go! You won’t regret it.

“Music is like a potato, it’s best served mashed up!” This basically sums up the dance party that is Offbeat, taking place at Babylon this Saturday, 18 with mashup music by Dan Valin, special guest Kapri and visuals by Bustedlimb.