Eventful Capital’s Weekly Picks: From the Small Conference and Mac My Cheese Fest to Beau’s Oktoberfest and the Ottawa Community Record Show

Another blog post, another week packed with events making the national capital region a busy place. If you’re in Ottawa-Gatineau this week and have time to check out some stuff, there’s lots happening, so take a look at Eventful Capital’s weekly picks below for a glimpse into the number of events being held around town in the coming days.

American rapper Machine Gun Kelly will be making a return to Ottawa this Tuesday, September 29 as part of the Road Trippin’ Tour and this time around he’ll be performing live at the Algonquin Commons Theatre. The Cleveland, Ohio based hip hop artist will be joined on stage by special guests Swisha T, Mace Milly and more. 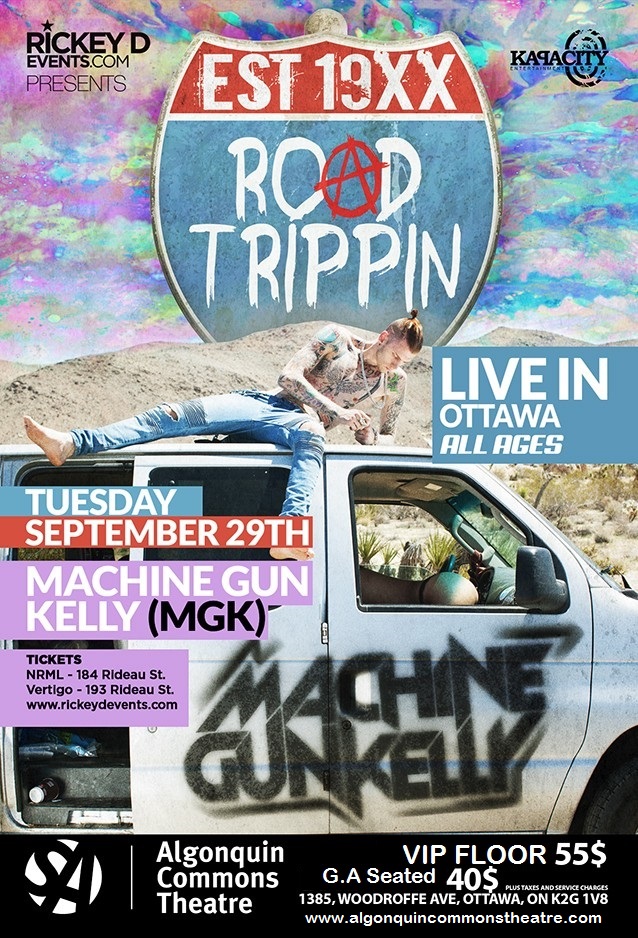 The inaugural Small Conference aims to discuss a range of small business topics with keynotes that each feature two speakers from different stages in their business growth candidly speaking in interview-format to compare perspectives on each topic. The event, happening this Thursday October 1 at the Ottawa Little Theatre, will include a Business Panel featuring namely Marc Doiron of Town and Steve Cody of the Better Software Company and a Music Panel featuring the likes of Erin Flynn of CHUO FM and John Thompson of The Record Centre.

So apparently, people are starting to celebrate Halloween right at the start of October now, but I guess it’s as good a pretext as anything else to throw an event, right? The first of its kind spotted in Ottawa is going down this Friday night at Mavericks. It’s a live show happening as part of the One-Eyed Halloween Tour that’ll feature USA rock metal band One-Eyed Doll, Hollywood rock group Stitched Up Heart, Phoenix rockers Run 2 Cover, Ottawa industrial metalcore Greylights and more. So really, it’s more of a metal show than anything.

St-Albert cheese presents the first Mac My Cheese Festival happening from October 2 to 4. The event is a celebration of all things Mac and Cheese including traditional, gourmet and exotic versions. Mac My Cheese will be held at Festival Plaza outside the Ottawa City Hall and will also feature craft beer, eating contests, and live music.

For the third year in a row, restaurants and businesses in the Vieux-Hull sector of Gatineau have joined forces to offer an Oktoberfest celebration happening this weekend. There will be a bavarian menu, live music, entertainment and, of course, beer.

Beau’s All Natural Brewing Co. is holding its annual Oktoberfest celebrations in Vankleek Hill this Friday, October 2 and Saturday, October 3. Not only can you sample a variety of 14 craft brews at Beau’s signature fundraising event, you can also try the Bavarian inspired cuisine, enjoy family-friendly activities and see some live music from Yukon Blonde, Alvvays, Fucked Up, The Pack AD, The Elwins and more. Oh and Tom Green will also be there.

Halloween-themed event sighting #2: a free screening of Tim Burton’s The Nightmare Before Christmas. The event, being presented by Capital Pop-Up Cinema and the ByWard Market, will be held at Al Fresco in the market ad is open to all, including your lawn chairs.

Megan Miller is an Ottawa native playing with the American band And The Kids, but is dealing with some immigration issues to head back to the States and so there’s a show happening on Friday at Pressed to raise some dough to help her get back to her band and keep making music. The event will feature Megan playing as part of Valois, Nathan Tappin doing projections, Ottawa group Future States, and Portland, Oregon group Mandarin Dynasty.

Over at the Mercury Lounge this Friday, Canada’s premiere soul and funk label Do Right! Music bring you The Soul Motivators’s album release party for their debut full-length “Free To Believe”. For the occasion, the Toronto-based soulful funk 9-piece will be joined by DJ Lance Baptiste. If you’re looking to mix live music and a night of dancing, this is a sure bet.

Looking for a night of dancehall, roots, foundation, and lovers reggae? Look no further than Higher Level. DJs Magnificent and Select have got the perfect party for you at City Nightclub this Friday night and they’re also celebrating the event’s one year. The two Ottawa friends have joined forces to bring you a solid dancehall/reggae dance party and this time around they’ve enlisted the help of DJ Selektah Shellz to keep the dancefloor bumping. Happy birthday Higher Level!

Kansas City hip-hop artist Tech N9ne is making a return to Ottawa this Sunday, October 3. The founder of the Strange Music record label, who’s no stranger to Canada’s capital, will be performing live at Ritual as part of his Special Effects Canadian Tour. This time around he’ll be joined on stage by special guest Krizz Kaliko, Doug Crawford, Ottawa hip hop artist Alex Lost and others.

Beyoncé fans rejoice: The BEY BEY dance party is back at Babylon Nightclub this Saturday night. This party dedicated to the one and only Queen B will feature DJs Foster and Max Zims on the decks playing Bey and friends all night long.

CHUO 89.1 FM, CKCU 93.1 FM & Birdman Sound present the 13th Ottawa Community Record Show this Sunday, October 4 at St. Anthony’s Hall. This is the place to go to find LPs & CDs and dig for rare music gems from every genre. A must for music collectors!