Eventful Capital’s Weekly Picks: From the Doldrums Festival and Intervals to Mat The Alien and Black Tiger Sex Machine

Spring is here to stay and what better way to celebrate its arrival than by going out to some of the fun events being held this week in our capital city. Take a look at Eventful Capital’s weekly picks below for a glimpse into what’s happening in and around Ottawa-Gatineau in the upcoming days. Also, the Ottawa Jazz Festival is releasing its 2016 lineup this Wednesday, March 16 so keep an eye out for that exciting bit of news.

It’s March Break and a lot of people are off this week looking for family friendly activities to enjoy. Well if you want to check out some live music and play arcades this Tuesday night, there’s an all-ages show going down at House at Targ featuring local emergent rock bands including Abstraction, Falling Against Monday, Nighttime in Kansas, Velvet Revolution, Ryan Fitz and Spirit Of Commission. 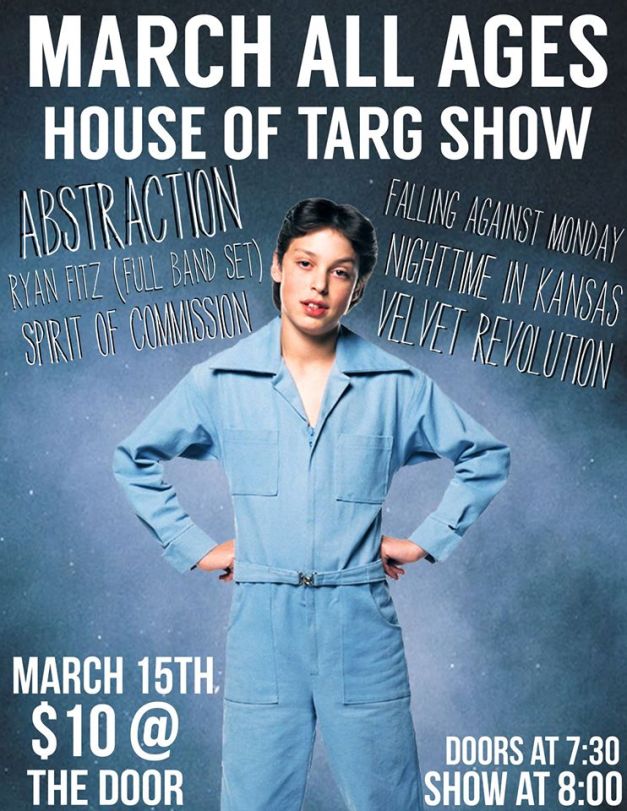 Saskatchewan-based post-metal band The Basement Paintings will be stopping in Ottawa this Tuesday, March 15 as part of their “Mystic” Release Tour. The group will be performing live at Avant-Garde Bar in an effort to promote their new full-length album.

This Thursday, March 17, Toronto-based post pop artist Selina Martin will be giving a live performance a the Mercury Lounge as part of her “Caruso’s Brain” launch tour. The musician will be playing as a trio and sharing the stage with special guests Nine of Nine.

If you want to check out a show on St. Patrick’s Day, local psych/indie pop band How Far To Mexico will be playing at Live on Elgin alongside Montreal/Ottawa experimental/psych rock collective Future States.

Want to enjoy some live music on St. Patrick’s Day, but can’t stand the green beer and the stupid hats? Then House of Targ has got you covered as it brings legendary Ottawa folk/celtic rock band Jimmy George for a night of good times and no frills.

Cairo/Montreal musicians Sam Shalabi and Stefan Christoff will be having the Ottawa release show for their “Flying Street لشارع الطيّار” LP this Thursday night at Gallery Recording Studio. The duo, which plays piano and oud improvs, will be join by local musician Mark Molnar who’ll be giving an acoustic set of solo cello for the occasion. 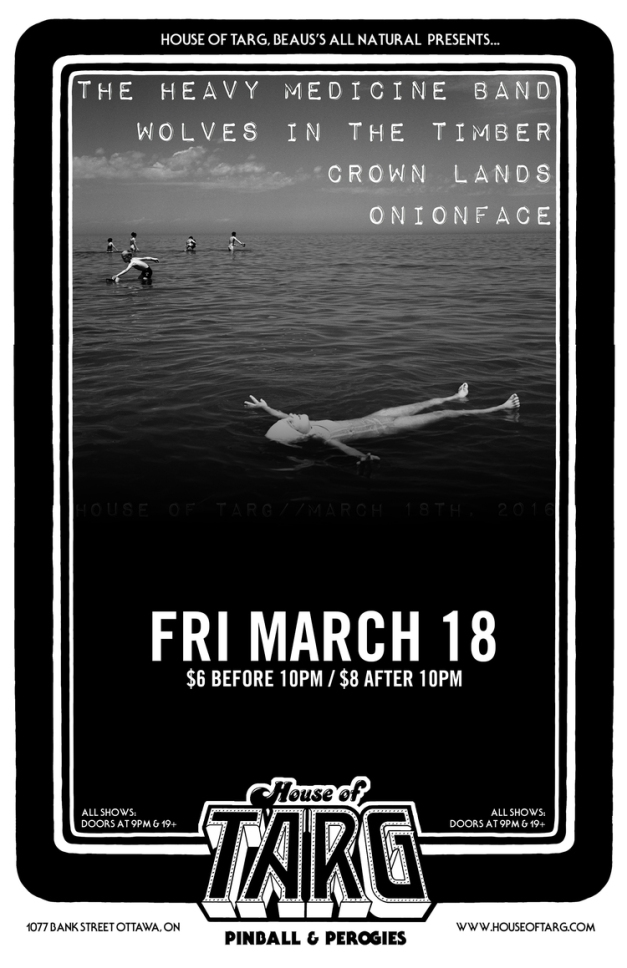 Vinyls are taking centre stage this Friday night at Kinki Lounge as the Past To The Future audio odyssey tour rolls into town. DJs Mat The Alien & Mike The Gaff will be dropping 2 hours of music from 7″ records on 4 tables for what promises to be a dope journey into sound.

This Friday night, SPOOR presents the latest edition of The Deep End at Ritual. Once again, the crew brings you an array of techno beats all through the night while also bringing a unique experience; intersecting music, lighting and video projections. This is an excellent party to check out if you’re into techno, house, and electronic music.

Celebrate the arrival of Spring and chase away Winter at the annual Doldrums Music Festival being held this Friday and Saturday at Club SAW. The Friday show, highlighting predominantly electronic acts, will feature live sets by locals sbsst, Willows, Frayd & Pith & The Parenchymas, while the second night, showcasing garage rock, will present performances by Elementals, Warp Lines, Creep Wave and Slow Dawn.

R.A.P.S.Ody, Ottawa’s only monthly event where urban artists compete in a classic “cypher” hip hop format, is having its final regular season show this Saturday evening. Happening at Origin Studio, the event will feature cyphers including spoken word artists, rappers, dancers, beatboxers, singers and a live performance by special guest rapper Cannon2x who’ll be doing a special set as part of the event.

Another country show happening the same night, this one at House of Targ, is Slo’Tom’s birthday bonanza. The local singer-songwriter and his band, the Handsome Devils, will be performing live and sharing the stage with special guests Steve Judd & The Underdogs and Dumb & Homely.

Black Tiger Sex Machine invite you to enter their world as they bring their BTSM Church Tour to Ottawa this Saturday night in an effort to promote their debut full-length album “Welcome To Our Church”. The Monteal-based trio will be giving a live set alongside special guest DJs Apashe and Dabin.