Are you around Ottawa-Gatineau in the next two weeks? If so, you probably have some time off for the holidays so why not enjoy it and celebrate the festive season by checking out some great events being held in the National Capital Region. Take a look at Eventful Capital’s weekly picks below to get a glimpse of what’s happening the days ahead. If you’re looking for NYE events, you’ll want to check this list out.

Into deejaying and turntablism? Then you’ll probably want to be at Babylon this Monday night to check out the #RealDJing event happening there. Miami’s DJ Craze, who may very well be the best all around DJ the world has ever seen, will be in town to give a live set and for the occasion he’ll be joined by Thugli’s own Drastik and Ottawa DJs Acro and Strange Future. This is bound to be a dope night.

The FAU Mardi crew is going back to basics this Tuesday, December 22 and for one night, the collective will be coming back to the Petit Chicago in the Vieux-Hull sector of Gatineau where they got started. For this special edition, there will be a live performance by RÉSERVOIR as well as sets by the Fau Mardi DJ team and visuals by VJs Bourg and Sasha V. 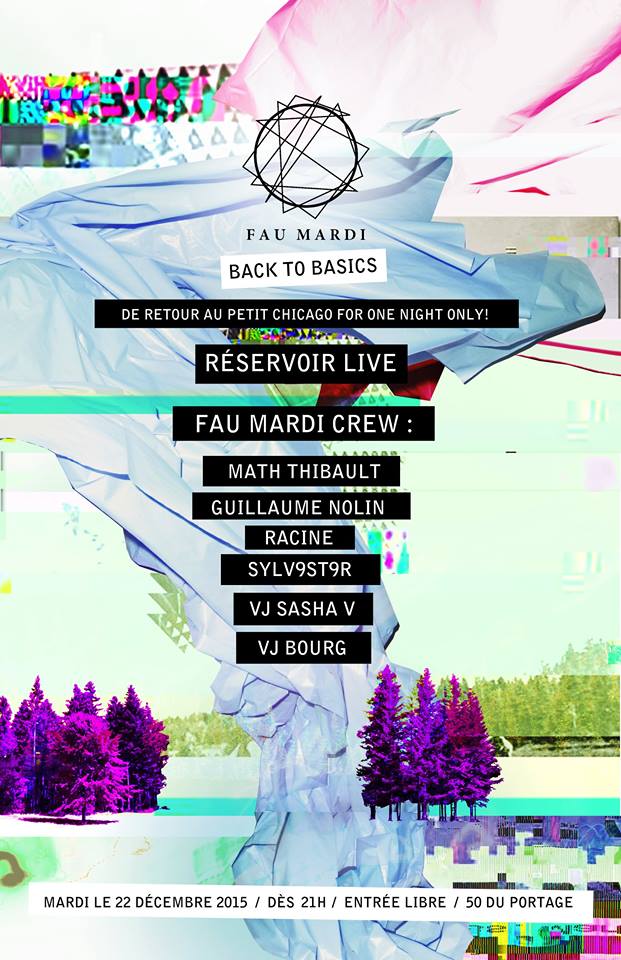 Fever, the only disco dance party of its kind in Ottawa, is going down at Babylon this Tuesday, December 23. The popular night promises all the glitz and glam of the 70s & 80s and tons of disco hits provided by DJ Illo. An awesome way to dance the night away!

If you want to check out some live music this Wednesday night, make your way over to Live on Elgin for the Holiday Songwriter Showcase. The show will feature live performances by Alanna Sterling, Amanda Lowe, Alexandra Sullivan, Matt Powell and Spencer Scharf.

The Petit Chicago invited you to join in on their Festivus festivities this Wednesday, December 23. On the menu, all sorts of nonsense and good times.

The December edition of Double Barrel is happening on Christmas night this year and to switch things up a bit after the successful 6th year celebration that went down last month, DJ Magnificent is bringing the party back to its roots downstairs at Overkill. For this more intimate DB, Magnificent will be joined by special guest DJ Chris International who’s preparing lots of James Brown records for the occasion.

Over at the Avant-Garde Bar this Saturday, December 26, there’s going to be a live show featuring live sets by francophone hardcore punk band Asile and bronski d-beat group Dead Name who are giving their last show. DJ Tay will also be playing tunes in between sets. 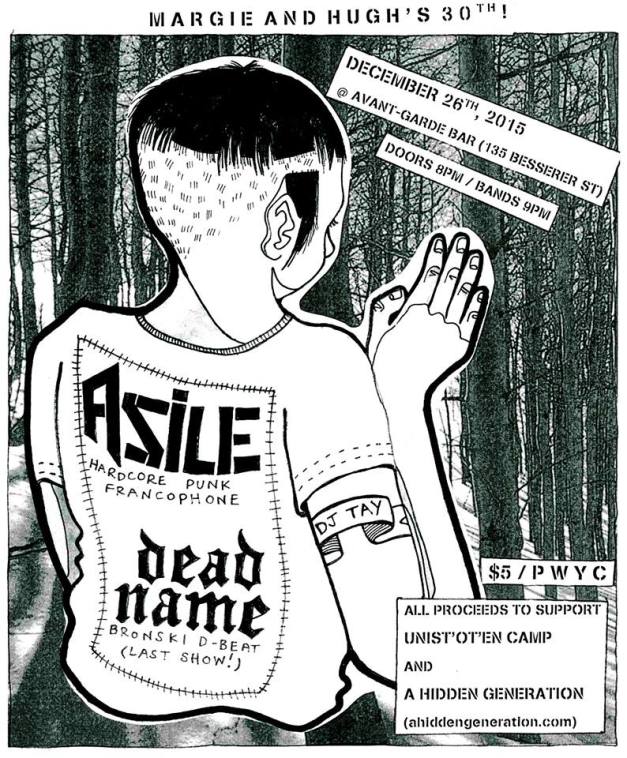 Are you a fan of ska, reggae and rocksteady? Then make your way over to House of Targ this Saturday night for Voice Of The People. The new monthly will feature music selections courtesy of DJs Magnificent, Longshot and Lord Snappy as well as a live performance by Ottawa ska band The Sentries.

This Saturday at the Mercury Lounge, DJs Trevor Walker and Sergio Pari bring you Deep Therapy, a dance party that showcases the sounds of deep and cutting edge house music in a unique and inviting atmosphere that defies the ordinary. It’s your remedy from the mainstream, so let loose and dance. 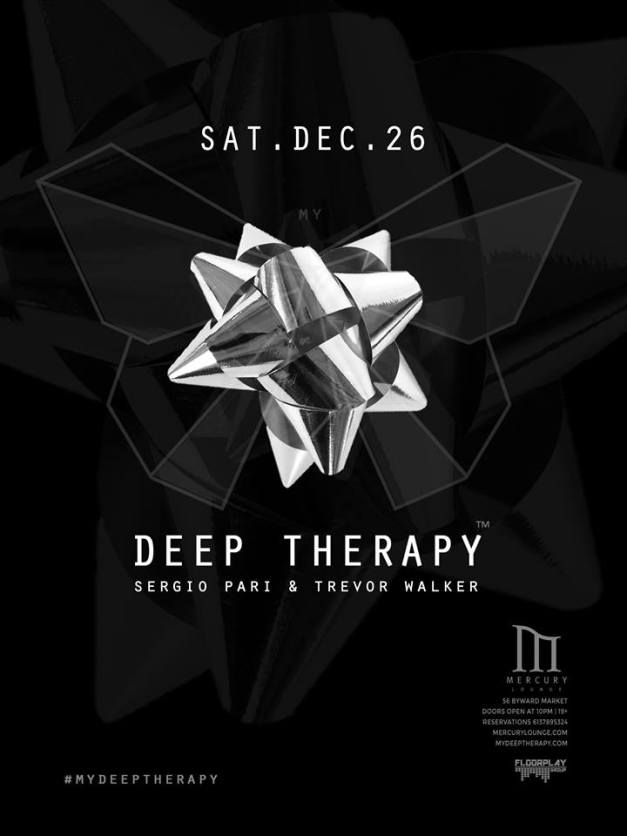 This Sunday, December 27 at the Blacksheep Inn in Wakefield, Ottawa folk/blues/rock musician John Carroll will be releasing his first live solo album in collaboration with Steve Purtelle of Acoustic Jam Records, “Live At The Acoustic Grill”. Note that this is an early show that starts at around 4pm.

The Pozativ Vibrations crew is hosting a holiday fam jam at Mercury Lounge and Overkill on Sunday, December 27. The free event will feature live house sets by Ottawa DJs Trevor Walker, Pedro Dias, Joe Juarez, Balu and others upstairs in the lounge and hip hop/trap/dnb sets by DJs Jon Deck, Dusty, Mace and a surprise guest downstairs at Overkill. 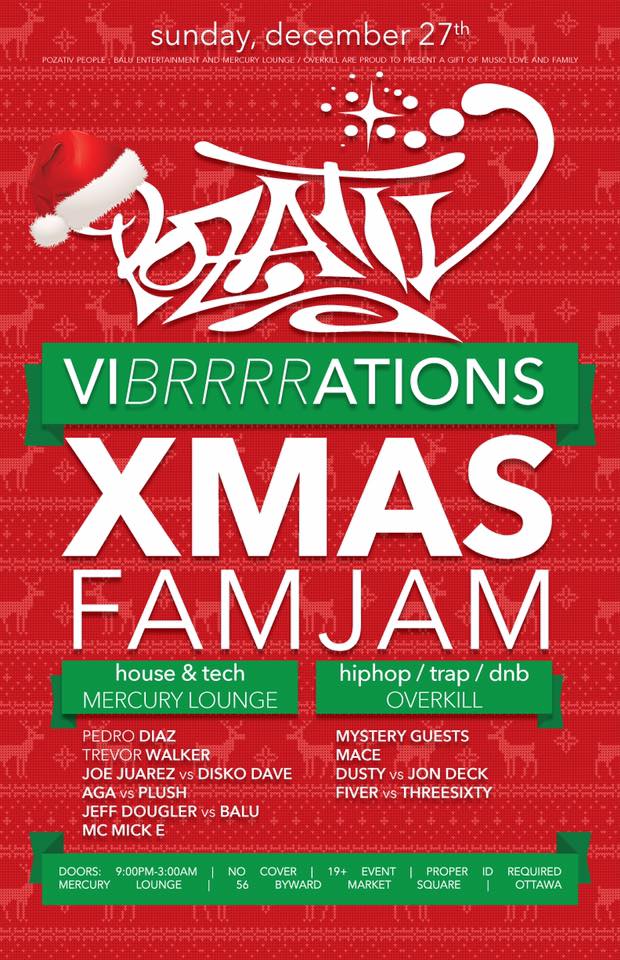 Guelph singer-songwriter and musician Ambre McLean will be performing live alongside Ottawa folk artist Jill Zmud on December 29. the two talented ladies will be giving a show over at the Gladstone Theatre.

MEGAPHONO: The New Kid on the Festival Block

MEGAPHONO takes on many shapes and forms: it’s an Ottawa-based music organization, and, for the first time this year, an inaugural showcase festival. In 2014, the organization participated in a study on the National Capital Region’s music scene. The results of this study, outlined in a paper called “Connecting Ottawa Music”, reveal something quite interesting: that there exists a significant knowledge gap between local artists and the music industry. It’s out of this key finding that MEGAPHONO organizers felt the need to create a new showcase festival to highlight the National Capital Region to the local, national and international music community. It’s safe to say that their “Eureka” moment certainly came knocking at a perfect time.

MEGAPHONO isn’t your typical music festival in search of a niche. As co-organizer Lesley Marshall explains “it focusses on building opportunities for Ottawa area artists and music companies, both emerging and more established”. It’s a showcase that aims to bridge the gap between the music industry, the musicians and the public by putting Ottawa’s best foot forward via a series of workshops, panels and shows. The festival is as much an occasion to check out live music as it is for networking and learning the ropes of the music business. It’s at once for the people, and by the people. And that’s where it stands out from the plethora of festival offerings that are presented in Canada’s National Capital Region on a yearly basis.

Echoing Ottawa’s growing DIY movement, MEGAPHONO is very collaborative in nature, a sure sign that the local cultural scene is increasingly taking advantage of the growing quantity of available resources to build a more sustainable artistic community. From its association with local brewery Beau’s All Natural to its co-presentations with Ottawa Showbox, Apt613, Arboretum Festival and Ottawa Explosion, just to name a few, MEGAPHONO is establishing itself as an indispensable team player who’s reaching out to partners in an effort to forge relationships and work towards developing the National Capital Region’s burgeoning music community.

Happening from February 3 to February 5, 2015 at various locations across the city, the first edition of MEGAPHONO will present an impressive amount of talks and networking opportunities as well as a stellar lineup featuring local heroes from the likes of Flight Distance, The Yips, Hilotrons, Jill Zmud, The PepTides, and Steve Adamyk Band and a few out-of-towners like CROSSS, Heat, and U.S. Girls.

These are certainly exciting times for the Ottawa-Gatineau music scene and MEGAPHONO gets that. The new kid on the festival block is a most welcome contributor that’s sure to have an important impact on music lovers and musicians alike.

To purchase tickets and check out the entire programming, visit http://megaphono.tv/.