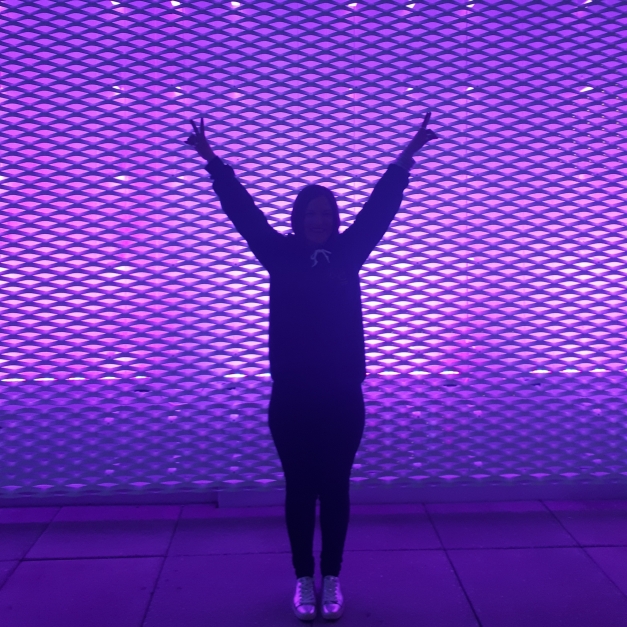 Nearly seven years ago, I had the idea of creating a blog for two main reasons. First, I wanted people to have a place to turn to for information on concerts to check out, exhibition openings to attend, craft shows to line up for, and film premieres to catch, among other things. I wanted to create a resource to help you make weekend plans, to gather ideas for a date night, and something that you send to your friends when they complain that Ottawa-Gatineau is “boring”. In addition, I wanted Eventful Capital to be a platform to support the local scene, to give artists, DJs, venues and event organizers some exposure by providing regular updates on Ottawa-Gatineau’s arts and culture. Week after week since November 2011, Eventful Capital has been a reliable resource for the community, showcasing the local cultural scene. Since then, through Eventful Capital, I have met some incredible and passionate people who care about our scene and its growth. This has only motivated me to further continue this work. Over the years, I have witnessed the addition of several local blogs and media outlets, who have a similar mission of supporting arts and culture in Ottawa. These outlets, which include Ottawa Showbox, Apt613, Spotlight Ottawa, Sometimes Always, Ottawa Beat and ARTSFILE, do an excellent job of covering music and cultural happenings in the region. However, their coverage is mostly done in English.

Over 600,000 people in Ottawa-Gatineau speak French or identify as members of the Francophone community. Yet, this important segment of the population essentially has no French media to turn to when it comes to finding information on the local cultural scene. We cannot ignore that any longer. There is an obvious gap to fill and French-speaking residents and tourists deserve a community media that focuses on arts and culture, just as much as their English-speaking neighbours. This is why I have decided to say goodbye to Eventful Capital as I join forces with other liked-minded allies who also believe in the merits of a cultural media offering French coverage. I invite you to follow me in this new adventure by subscribing to Le Pressoir, a weekly e-newsletter that will be sent right to your inbox.

Thank you for your readership and interest over the years. With your ongoing support, I strongly believe that Ottawa-Gatineau will continue to grow and remain an eventful capital.

With love and gratitude, 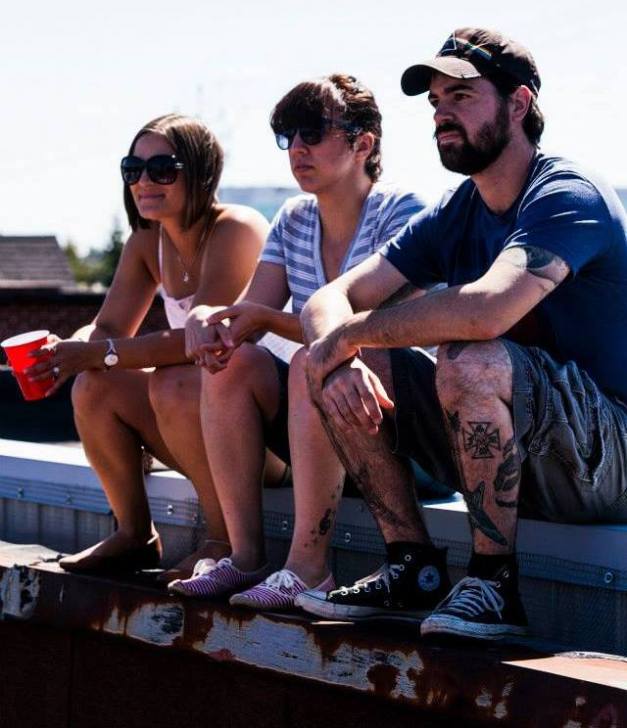 When I created Eventful Capital in November 2011, I essentially had one objective in mind: to help change the way people perceive the National Capital Region. It was important for me to let the world know that fun things abound around here and that exciting stuff happens on the regular in our nation’s capital. I wanted to create a simple tool that people could turn to, to find out about the numerous events being held in and around Ottawa-Gatineau. I hoped this blog could act as a reliable source of information and paint an accurate picture of the local cultural scene. Five years deep, I thought I’d look back and reflect on the then and now.

Looking back, I can’t help but feel sad and nostalgic when I think of the various venues that we’ve had to say goodbye to through the years. Places like Mugshots, Raw Sugar Cafe, the Daily Grind, and Ritual (RIP) come to mind. These cherished culture hubs were gathering places for those who support local arts and certainly played an instrumental role in helping our city’s scene grow. They are truly missed and I’ll always have fond memories of the times I spent there. Thankfully, the gaps they left were filled by new welcomed venues like Bar Robo, Live on Elgin, House of Targ, Le Temporaire and the Minotaure who host a variety of events on a weekly basis, supporting musicians and visual artists alike.

There have been some milestone anniversaries as well, for example the legendary Mercury Lounge, which just turned 20 years old, Bluesfest, which also marked its 20th anniversary in 2014, and the Timekode movement, that just celebrated 11 years of soul moving soles.

Ottawa-Gatineau being the capital of festivals, you’d think there are enough existing ones already. Yet, they keep popping up left and right to the delight of festival-goers. I’m thinking Arboretum, Glowfair, Megaphono, the Ottawa Grassroots Festival and Marvest, among others.

There has also been more and more municipal support for culture and arts initiatives (the #OttMusik program for example), which is generally encouraging and certainly appreciated by our community.

It also wouldn’t be right to publish this post without giving a big shout-out to all the other blogs and influencers, who, like Eventful Capital, work towards supporting the Ottawa-Gatineau artistic scene. I see you Ottawa Showbox, Couch Assassin, Apt613, Sous-Sol 819, Spotlight Ottawa, Sometimes Always, our community radio stations CKCU, CHUO and RÉÉL-Radio. Thank you, for doing what you do, your work is truly important and our community needs you.

At times, I’ve asked myself why I bother with this blog, wondering if it’s really worth all the time, energy and effort I pour into it week after week. And then, I remember all of the emails I receive from artists, movers and shakers who call on my help to spread the good word, and all of the wonderful people I have met along the way who make this place so special, and I shake that feeling off because in the end, I know that if I’ve helped just a handful of people fall in love with our nation’s capital, I’ve done my part, and that’s all that matters.

And what have I learned over the course of the past five years? I’ve learned that working together and helping each other out makes us stronger, and that we have a better scene for it. So thank you, lovely people of Ottawa-Gatineau who believe in our local cultural scene and support it in one way or another. Let’s keep building this great little region of ours. Here’s to another five! *heart emoji*

Technically, you could say that I’m an intruder.  I work and reside in Gatineau, but I live and breathe Ottawa on a daily basis. That’s not to say that I don’t enjoy my Quebec hometown however. Au contraire, I embrace both sides of the river as much as I possibly can as each has something special and unique to offer to its residents and visitors.

But back to my love for Ottawa. I used to buy people’s bullshit when they confidently stated that Ottawa was a boring city with nothing to do and without a nightlife. But that’s because I didn’t know any better. Until I decided to venture and explore the National Capital Region. It didn’t take long for me to realize that Ottawa-Gatineau has tons to offer for those who love live music, visual art, Museums, festivals, film, poetry and spoken word, dance and the list goes on.

This realization lead me to create Eventful Capital after being struck by the city’s rich culture. I felt the need to share this richness with fellow Ottawa-Gatineau residents and visitors because time after time, I kept hearing people complain about this city for apparently no good reason. And I’ve learned that those who argue that Ottawa isn’t Montreal or Toronto, simply haven’t learned to appreciate and embrace Ottawa’s generous cultural community. Fair enough, the National Capital isn’t Montreal or Toronto, but is it ever fair to compare apples and oranges? Common now every city has its particularities, strenghts and weaknesses.

There’ve been nights that I spent typing away at this blog wanting to give up, not convinced that Eventful Capital was worth the time and effort that I put into it, but the stats, likes, follows, retweets and favourites allowed me to think otherwise and kept me going.

Over this short period of time, I’ve had the opportunity to meet some great people, discover fun places and experience new things and it’s been a true pleasure to get to know some of you in person and to become more and more familiar with Ottawa’s local scene. Thanks to this blog, I’ve grown to appreciate the national capital on a whole new level. Whether I attend a Spectrasonic show at Babylon, dance the night away at the Mercury Lounge, take in some soul food at the Urban Legends Poetry Slam, purchase local goodies at the Urban Craft market, or check out an exhibition at the Ottawa Art Gallery, I’m always inspired by the people and initiatives that drive this fantastic region and am truly thankful to be a part of it.

As I type these words I’m full of gratitude for everyone who’s given Eventful Capital a chance, who’s read my posts and shared my reviews. The blog’s obviously not perfect, there’s plenty of room for improvement and growth and I sincerely hope that you keep reading and that we can continue to grow together.

I’m happy that Eventful Capital has turned 2 and promise to keep you informed on what’s noteworthy in this lovely city that we live in. Thanks for embracing the blog and here’s to another eventful year ahead!

Eventful Capital: Offering Event Ideas and Reviews in the NCR Since November 20, 2011 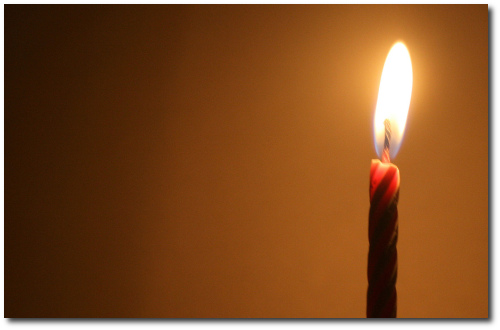 Today is a special day for Eventful Capital: Elly Reviews Around the City since the blog turns one! For the occasion, I’ve decided to write a more personal post to reflect on the the past year and on what I’ve been able to accomplish with the blog so far.

On November 20 last year, I made the decision to start a blog that would promote and review a variety of events happening in the Ottawa-Gatineau area in an effort to change the National Capital’s reputation and peoples’ negative perception of a city that apparently fun forgot.

I began with the simple concept that I would review events that I attended to share my views and my love for events of all kinds. Then, I progressively started suggesting and promoting fun and exciting even ideas to keep people in the loop on what was happening in Canada’s National Capital Region.

In the past year, I’ve had the opportunity to attend numerous shows, festivals, exhibition openings, award ceremonies and other fun activities, all of which proved to me that the NCR is certainly not a boring place despite what people stubbornly convince themselves to think.

I would like to thank every single one of you for taking the time to read Eventful Capital. Wether you’ve only visited the blog once or you’re a regular reader, I truly appreciate your support and I do what I do for people like you. Thank you.

In the year to come, I will continue to share my perspective and impressions on events that I attend around the city and you can also expect more from Eventful Capital: more event ideas, more reviews, some interviews and perhaps some surprises!

Thanks again for reading and for sharing my love for our national capital city,