This Monday, March 17, Oz Kafe presents the vernissage of Homebody: A Series on Staying In by artist Charlotte Healey. The launch will feature DJs Piles Davis and Wide Eyed Sound playing fresh tracks as you enjoy the new artworks at Oz. The exhibition will be on display until Apri l4.

DANs/cE KAPITAL Festival 2014 runs from Friday, march 21st until Monday, March 24th featuring four nights of dance performances and workshops celebrating the arts and culture. Taking place at the Mercury Lounge, the Dance Educators Studio & the Shenkman Arts Center, the festival will showcase a variety of styles including flamenco and middle earstern dance.

Over in Wakefield this Friday, Ottawa-based group Fevers will be performing live at the Blacksheep Inn. The indie electro formation who released its debut album ‘No Room For Light’ last August, will be joined on stage by indie art rock project Pony Girl.

Radio Radio will be performing live at Ritual this Friday, March 21. The electro hip-hop group from Nova Scotia will be in Ottawa with DJ CPI for the release of their new album Ej Feel Zoo. Take a listen to the title track for a sample of what you’ll get to hear during the show. 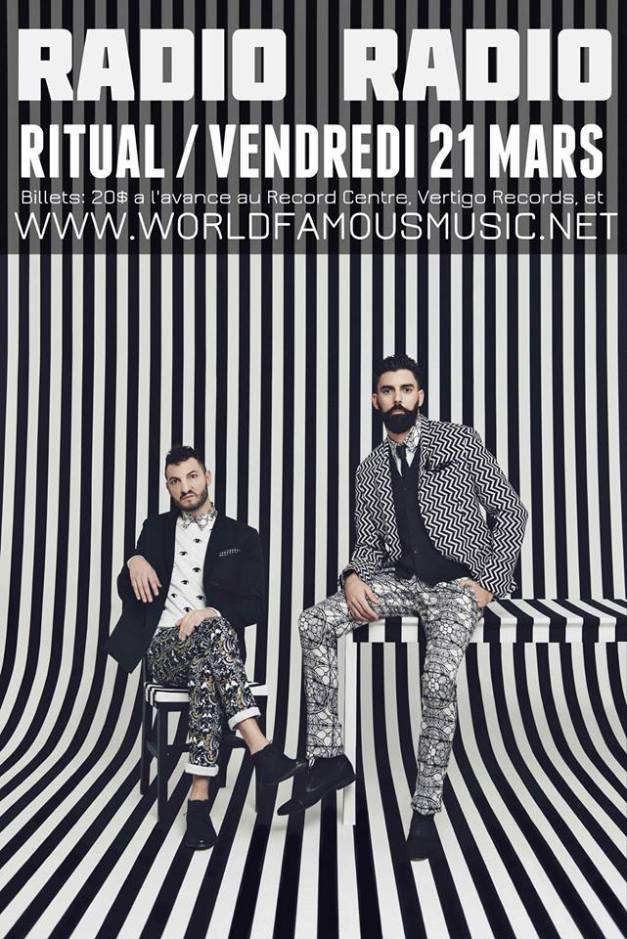 There’s a new venue opening in the Hull sector of Gatineau this Friday, March 21 who’s decor and vibe is meant to recreate the feel of a house. The grand opening of Maison Nightclub, located on Du Portage, will feature live music courtesy of Montreal DJ Carl Müren.

After a one month hiatus, Timekode is back and its found a new home. Now happening at the newly renovated Cafe Nostalgica, the night of soul moving souls will feature visuals by VJ Daisy. The hosts of this popular monthly dance party look forward to seeing you on the dance floor. 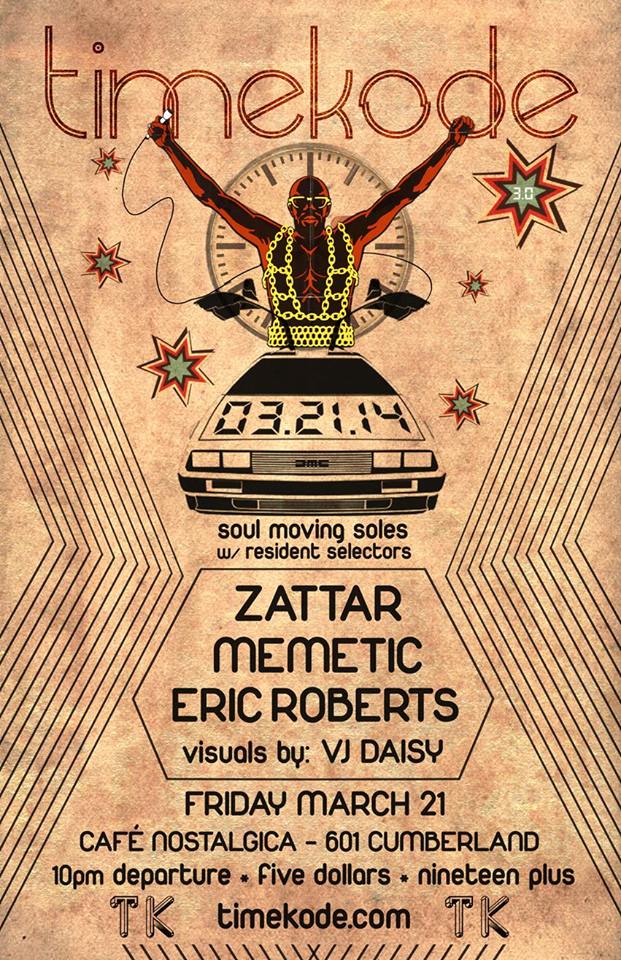 If you want to dance the night away to your fave 90s RnB and hip hop tracks this Friday, head over to Babylon where Djs PALM D’or & PAT JOHNSON will keep the party going by playing all the best from Mariah to Biggie.This month, participate in the “ME IN THE 90s” contest (here https://www.facebook.com/events/1443625375873274/?ref=5) to recieve free entry into the party and a surprise gift package at the door. 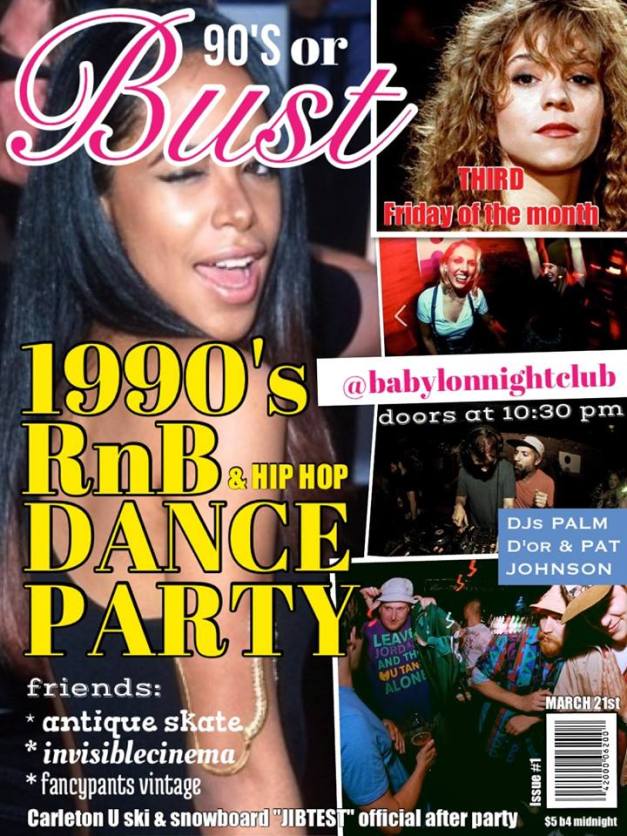 This Saturday night at Mavericks, 6 bands will be performing live to compete for the En Route to Heavy MTL 2014 contest. A jury and members of the public will vote to determine the score of each band and a winner will be announced at the end of the show. The 5 winners of each event (4 from Montreal and 1 from Ottawa) will go on to the finals in Montreal where one band will win its spot onto the stage of the Heavy MTL 2014 festival! 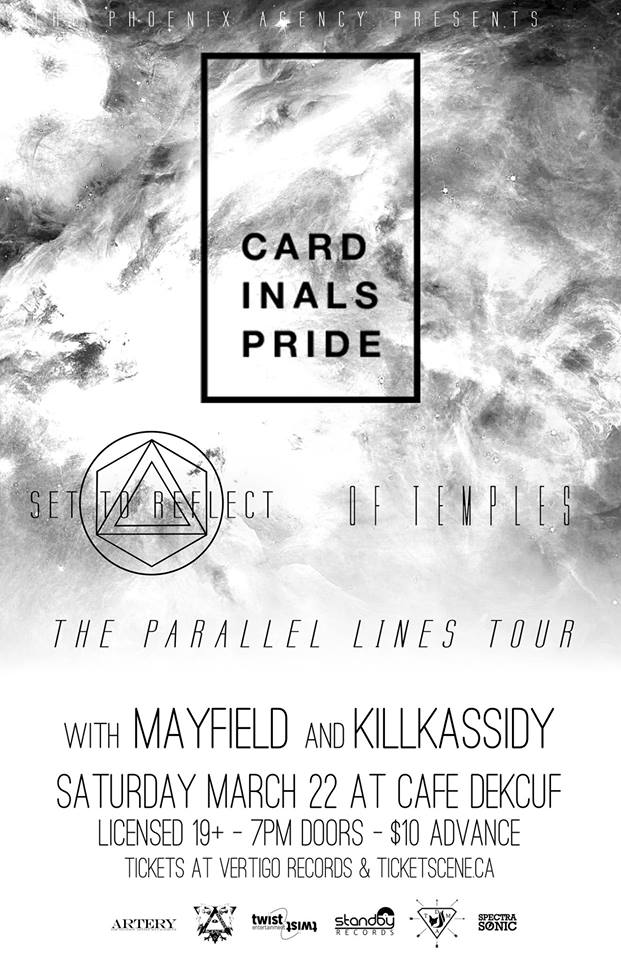 3 local bands are  joining forces at Avant Garde this Saturday night to support community radio. Local groups Tindervox, Randy Shenanigans and Elementals will be performing live to raise funds for CHUO 89.1 FM’s annual funding drive. All proceeds will help the station fulfill its mission and carry on for another year.

If you’re into new rap, make your way to Ritual this Saturday night for Loud. Presented by Haus173, it’ll feature music selected by DJs Young Baby & Shrimp C of Montreal, Laocapone of Ottawa and Just Kidding also of Montreal.

If you enjoy indie rock and blues, you should check out Bend Sinister at Raw Sugar Cafe this Sunday. The Vancouver indie rock group, who’ll be in Ottawa as part of its Animals Tour, will be performing live following an opening set by Ottawa indie blues band Miss Polygamy. 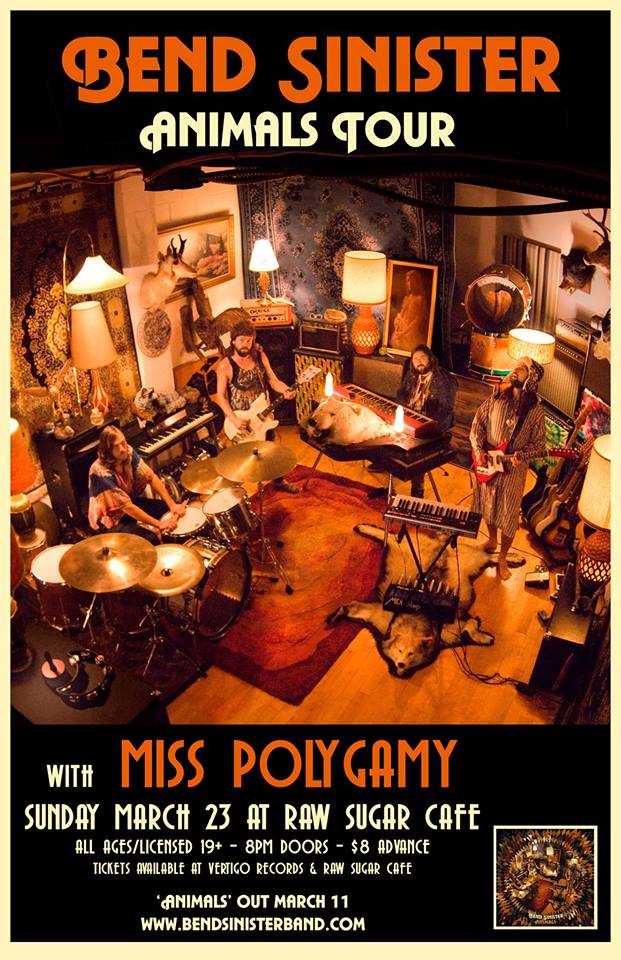 Metal heads will want to head over to the Petit Chicago in Hull this Sunday night to check out a live performance by Saskatchewan-based doom group ChronoBot. The 4-piece will be playing with ambient noise doom group Merdarahta and heavy Dnoise rock band Black Oak Decline.