Summer is Not Over: Early September in the National Capital with the FOÉ, Silvergun & Spleen, Nicky Romero and the Folk Festival

So what if we’re in September? It’s still summer, there’s still plenty happening in and around Canada’s capital city and that’s what really matters in the end. So to all of you saying it’s Fall, please stop, it’s not. Fall will be upon us September 21 so until then, breathe and enjoy the last days of summer.

Tuesday, September 3, Ottawa Explosion presents the premiere screening of Blake Hargreaves video collage titled Unchained Malady.  The informal screening, curated by Les Demon, is being held at Club SAW with the local artist in attendance. Be sure to catch the premiere of this video if you want to have a psychedelic, captivating and hypnotic experience.

The Fau Mardi Collective has released it’s September lineup as you can see from the lovely poster below. This group of electronic music DJs, VJs and artists have lots in store for the month ahead, both with the weekly Fau Mardi night and with their presence at this year’s Festival Outaouais Emergent. You should definitely check them out if you’re a fan of electronic music.

The 2013 Ottawa Folk Festival is happening from Wednesday, September 4 to Sunday, September 8 at Hog’s Back Park. The annual music festival, which is also managed by Bluesfest Artistic Director Mark Monahan, will feature headliners City and Colour (since Neil Young had to cancel his appearance), Gordon Lightfoot, Vampire Weekend, The Sheepdogs, Kendrick Lamar,  Shad, and The Wailers along with a slew of local artists like Amos the Transparent, Little Stella, Three Little Birds, Amanda Rheaume among others. Click on the below poster for the full lineup.

The 2013 Festival Outaouais Emergent, aka the FOÉ, happens to be at the same time as the Ottawa Folk Fest, but on the Quebec side. The 6th edition of this inclusive annual festival continues to celebrate local emerging artists and to feature a variety of artistic disciplines. On top of music, art, and film, it now includes humor, theatre and slam poetry. This year’s festivities will take place at many locations around the Vieux-Hull neighborhood and at outdoor sites. Music headliners include Misteur Valaire, Alaclair Ensemble, We Are Wolves and many more.

Ottawa-based group Silvergun and Spleen will be kicking off its Chasing the Light Tour with a hometown show this Thursday, September 5 at Ritual. The 4-piece alternative rock band will be touring across the country in an effort to promote their latest EP Semi Truck. For the occasion they’ll be performing live with The Lionyls, The Superlative and The Ginger Fox Band. Support local!

Also this Thursday, September 5, the Indie Filmmaker’s Cooperative of Ottawa presents Reel Thursdays at the Mercury Lounge. This free evening of film screenings will feature works which delve into political and social issues.

If you’re into indie rock, check out Eamon McGrath performing live at Raw Sugar Cafe on September 5 alongside special guest Saint Clare. The young Toronto-based indie punk rock musician will be in concert in Ottawa in an effort to promote the soon-to-be released Exile Part 1.

On Friday, September 6, fans of EDM will want to head over to the Ernst & Young Centre to catch Nicky Romero. The Dutch DJ and house music producer will be giving a live set in the national capital as part of the Nothing Toulouse North American Tour and he’ll be joined on stage by Dutch DJ duo Vicetone among others.

If you’re a fan of punk rock, you want to head over to Mavericks this Friday, September 3 to catch Flatliners perform live. The Toronto-based group will be accompanied by special guests Motorleague, Dead Weights and Sidelines. The event poster itself should be enough to make you want to attend the show. 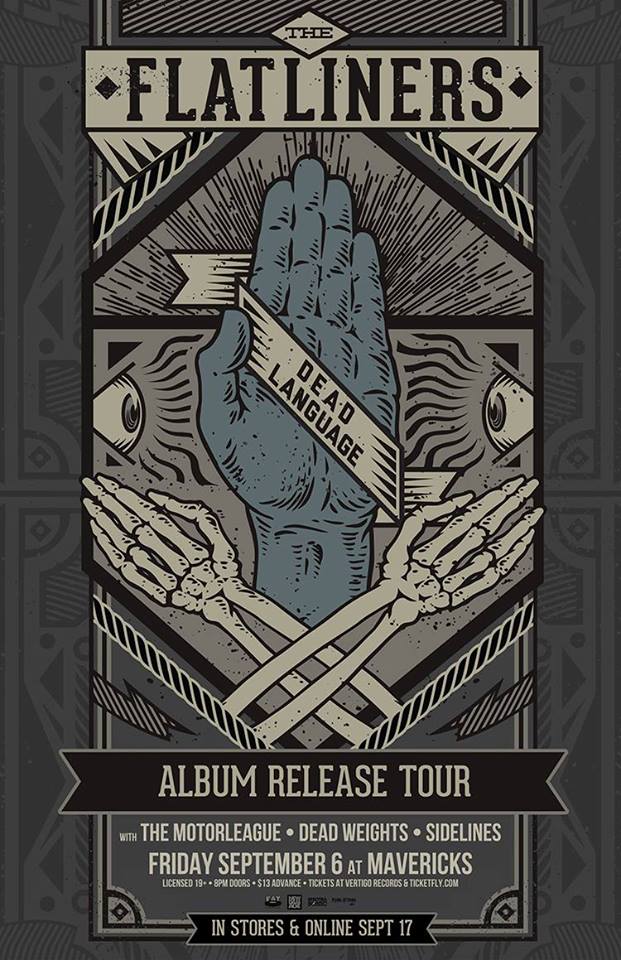 On Saturday, September 7, Ghosthill Church Productions and Vile Productions have joined forces to present the Luskville Ghostfest. The metal festival will featuring bands Insurrection, Signs of Chaos, Defy the Crown, The Donor Party and more. Organizers also offer camping sites for those who wish to sleep on the grounds. 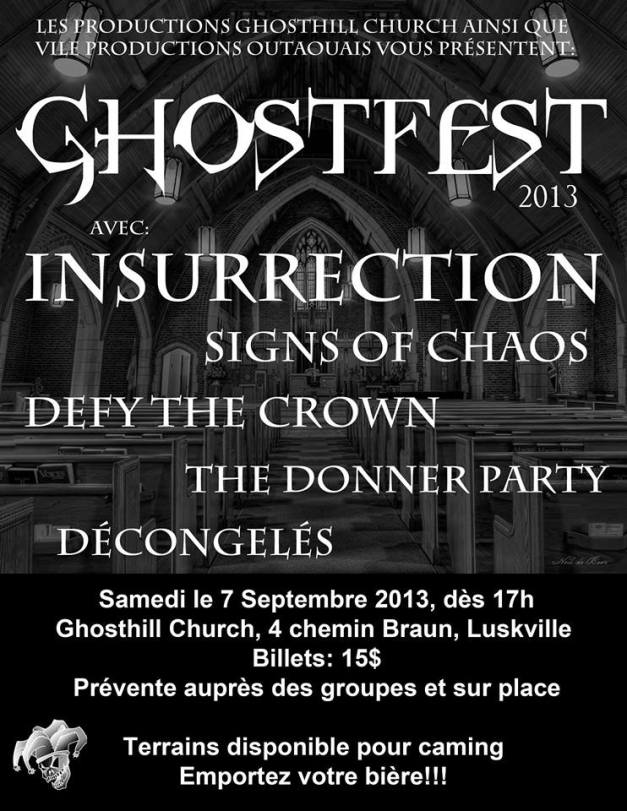 Other worthwhile events happening this week that deserve a mention include Esmerine, Matana Roberts + Kingdom Shore performing live at First Baptist Church this Tuesday, September 3, the September edition of Tropikalo going down on Friday, September 6 at Mercury Lounge and the season premiere of Capital Slam happening on Saturday, September 7 also at the Mercury Lounge.

And this is only a carefully picked-out selection of what’s happening in and around the National Capital Region in the days ahead. Enjoy!