Eventful Capital’s Weekly Picks: From the Ottawa Bluesfest and the Art Battle National Championship to the Asian Festival Night Market and Papertowns.

The first week of Ottawa Bluesfest is already behind us, but thankfully there’s a second week to keep all of you music enthusiasts and festival-goers happy. Aside from Bluesfest though, there are several other interesting events happening in case music festivals are not your thing. If you’re in the area this week, be sure to check out some of these great shows and events taking place in and around Ottawa-Gatineau. Take a look at Eventful Capital’s weekly picks below for a glimpse into some of the coolest events scheduled to happen around town in the next few days.

This Tuesday, July 14, Kinocular Vision presents Before They Were Stars, a screening of clips of celebrities in their younger years showcasing commercials, short films, music videos and more featuring actors before they shot to fame. Then, after the intermission, there will be a spotlight on the early works of famous directors: Boogie Nights prototype The Dirk Diggler Story (1988) directed by P.T. Anderson, My Best Friend’s Birthday (1987) starring and directed by Quentin Tarantino, and Within the Woods (1978), the pitch film created to sell producers on The Evil Dead, directed by Sam Raimi and starring Bruce Campbell.

Over at Pressed Cafe this Wednesday night, there will be a live show featuring experimental pop rock band Brazilian Money. The Montreal-based group will be joined on stage by Ottawa garage rock surf 4-piece Bonnie Doon, Ottawa garage grunge project Sailor Jupiter and Ottawa garage rock outfit Heavy Traffic. If you’re looking for an intimate indoor show, this should do it. 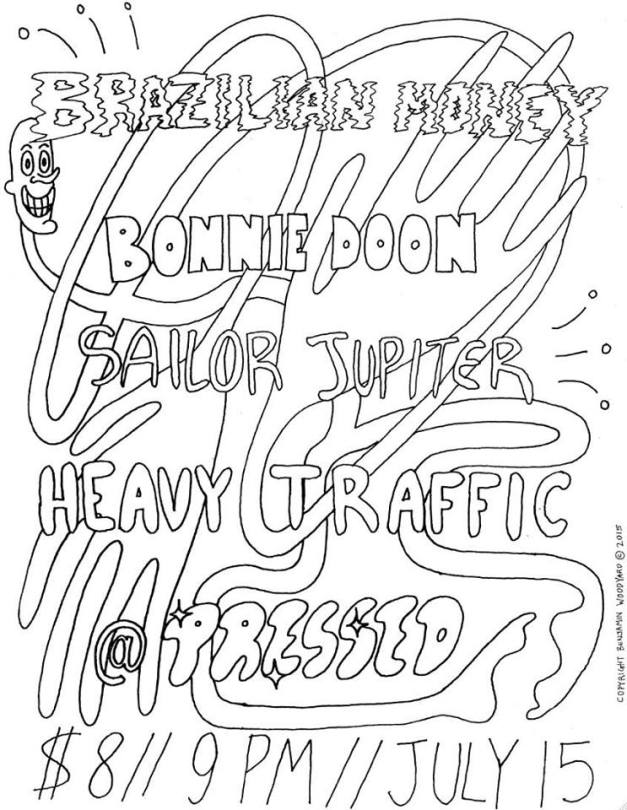 Every Wednesday night until the end of September, at the CoqLicorne in the the Vieux-Hull sector of Gatineau, enjoy tropical music and exotic sounds for free courtesy of DJ Grumpy B. The poster alone is a winner. 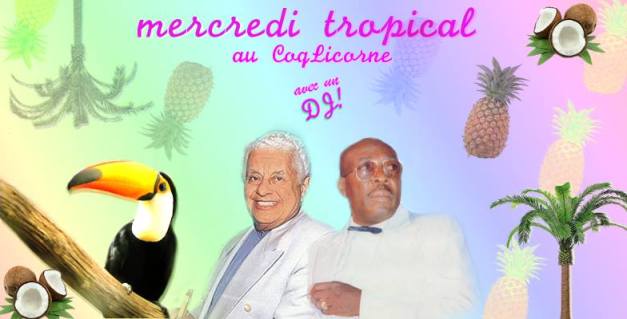 Starting this Thursday, July 16, Studio Sixty Six presents “A Dialogue with Taxonomy”, a series of new paintings and sculpture by Toronto-based artist Jordan Clayton. Clayton’s abstract paintings of microscopic organisms transform the grotesque into the ethereal. Viruses, fungi and other single-celled organisms are depicted with fantastical colour, taking on the mystery of science fiction renderings and, at times, evoking surreal landscapes. Clayton plays with deliberate composition and improvisation, informing his painting with the chaotic nature of the organisms he studies. The exhibition will be on display until August 2, 2015. 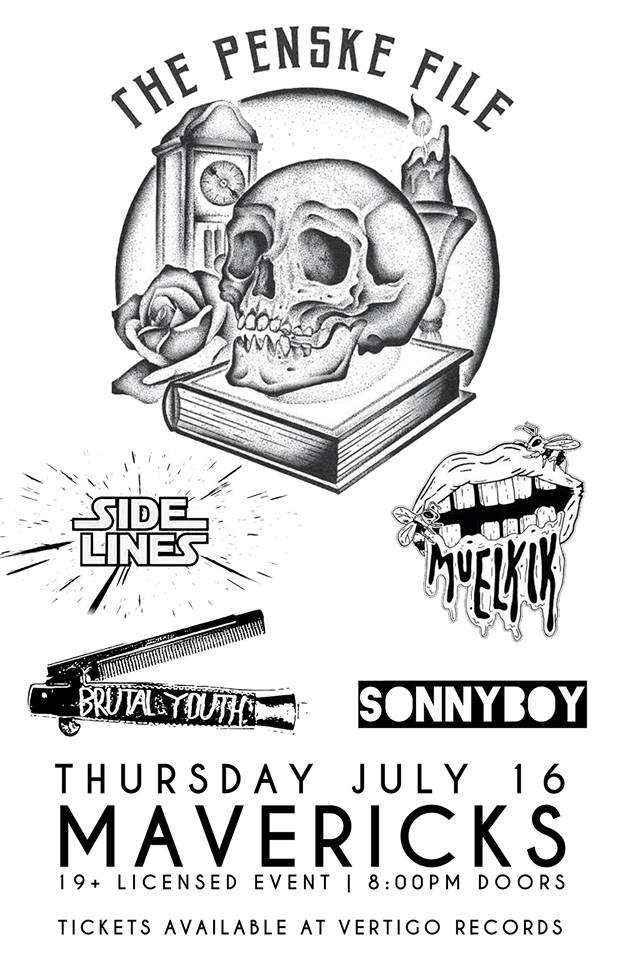 This Thursday evening at the Westin Ottawa, have your say and help choose the best live painter in Canada. 18 Champion artists from across the country will paint live for the title of 2015 Art Battle National Champion, cash prize and a spot representing Canada in the International Live Painting Championships at the Pan-Am Games. This is the final event of Art Battle Canada’s 6th season, so if you’re into visual arts and live painting, don’t miss out! 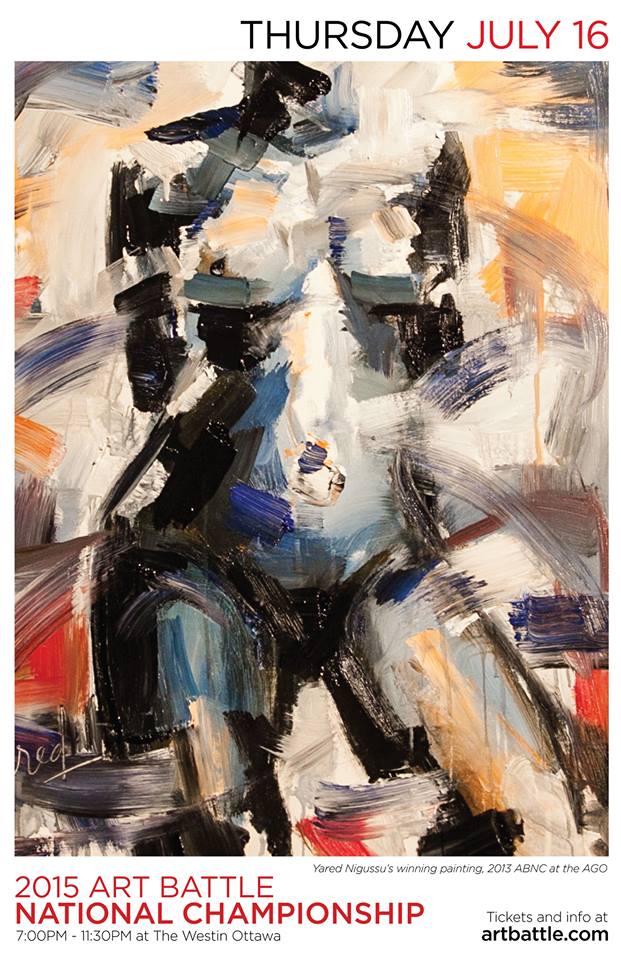 This Thursday night, Phoenix, Arizona indie rock band Papertowns. will be making a stop in Ottawa as part of their With You In Mind Record Release Tour. For the occasion, the 5-piece will be sharing the stage with Ottawa alternative rock band Missioner, Ottawa post punk/shoegaze project Destroy Clocks, Ottawa dream pop/electro duo Willows and Ottawa indie newcomers Forest.

Enjoy ska, reggae and rocksteady? Then do yourself a favour and make your way over to House of Targ this Thursday night for Voice Of The People. The new monthly will feature music selections courtesy of DJs Magnificent, Longshot and Lord Snappy as well as a live performance by Montreal reggae/rocksteady 5-piece band Danny Rebel and the KGB. 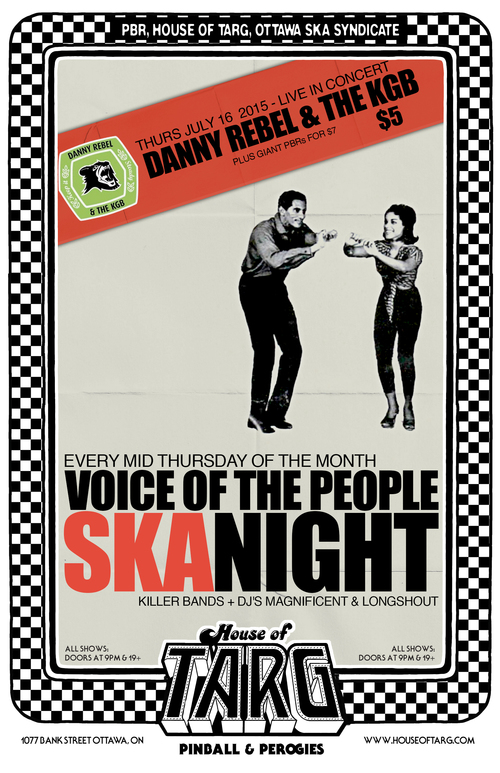 This Friday, July 17, metal fans will be happy to know that FanterA, the Pantera tribute band from Jonquiere, Quebec will be live at Mavericks and bringing their Tribute From Hell show. The 4-piece band will be performing live alongside special guests Volatile and Chariots of the Gods. 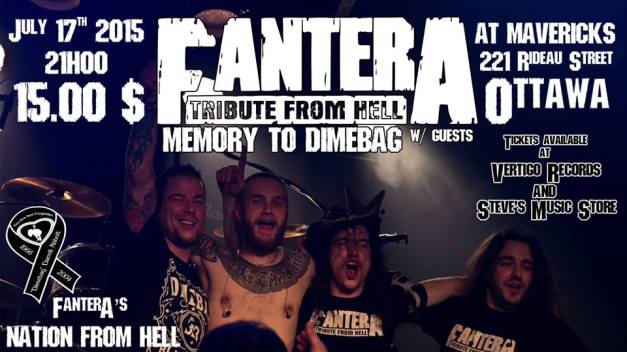 From Friday, July 17 to Sunday, July 19, the Ottawa Asian Festival presents the 2015 Ottawa Night Market at Lansdowne Park. This free outdoor event will feature the best in Asian cuisine and allow attendees to enjoy classic and creative cuisine from some of the best chefs from both Ottawa and Toronto. There will be over 60 vendors and hundreds of delicious dishes to choose from. Come hungry!

If you’re in the mood to enjoy some live local music this Saturday night in a laid-back atmosphere, head over to Pressed Cafe to check out an intimate show featuring Ottawa blackgaze band Wood Lake, Ottawa psychedelic pop group Lovegood and Ottawa indie punk project Losergeek.

The July edition of Colour & Sound is happening at the Daily Grind this Saturday night. This month’s instalment will be hosted by local hip hop artist Alex Silas and will feature sets by new electronic producer Zebulon, KING and Geisterhaus. The event is free to attend and starts around 9pm. 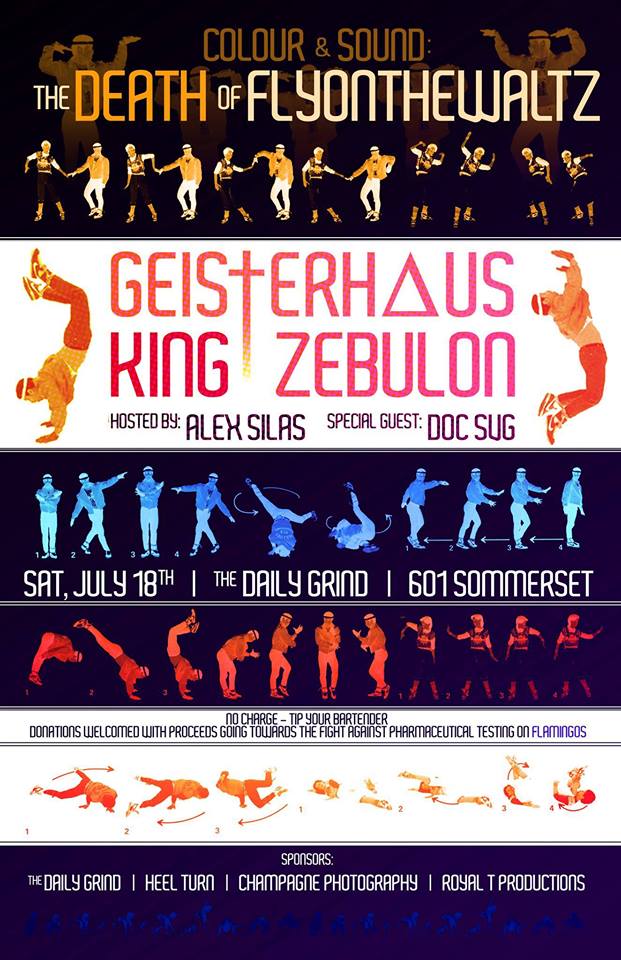 This Sunday at Gabba Hey! there’s an all ages show that will feature live performances by Ottawa experimental alternative pop artist Boyhood, Halifax alternative band Vulva Culture and Ottawa experimental/freak folk project Pith and the Parenchymas (Note: this is dry event meaning there will be no bar or refreshements for purchase). 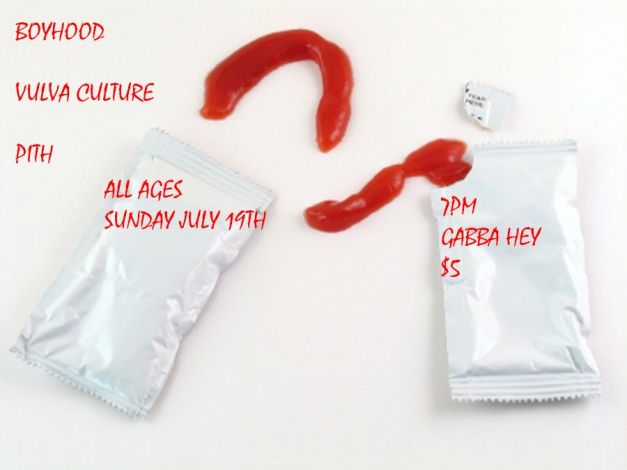