Eventful Capital’s Weekly Picks: From The Happening and Jazz Cartier to The Soul Motivators and Hip Hop Hangover Brunch

‘UKnadian’ is a new contemporary dance-theatre solo choreographed and performed by Amelia Griffin on female cultural inheritance through the lens of her Ukrainian, and British Grandmothers’ identities. The piece is still a work-in-progress, and this will serve as an opportunity to present the first “draft” in front of a live audience and receive feedback from the public. UKnadian is being presented at Arts Courts this May 2 and 5.

Hintonburg Happening, now simply called The Happening, is a four-day festival that celebrates local artists, designers, musicians & businesses. The 2017 edition runs from May 3-6, with Happening events presented throughout the neighbourhood and a closing party including yummy food, a beer garden, music, art and children’s activities. The best part? All funds raised from the festival are returned to the community through arts grants. Check out the full programming at http://www.thehappeningottawa.ca/. 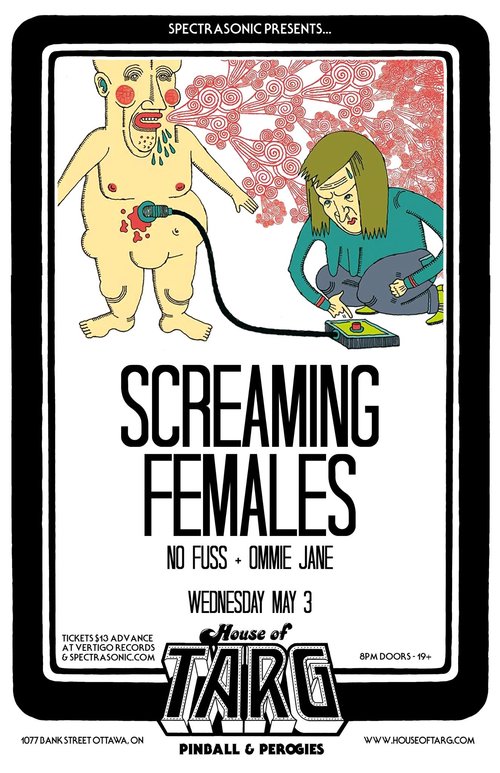 Foodie alert: the Ottawa Poutine Festival (the real deal, not the mediocre one that happens along Sparks Street) is being held from May 4 to 7 outside the Ottawa City Hall. So if you’re a fan of this classic Canadian comfort food, be sure to grab a few of them at some point throughout the fest and try the different takes on this uniquely Canadian dish. 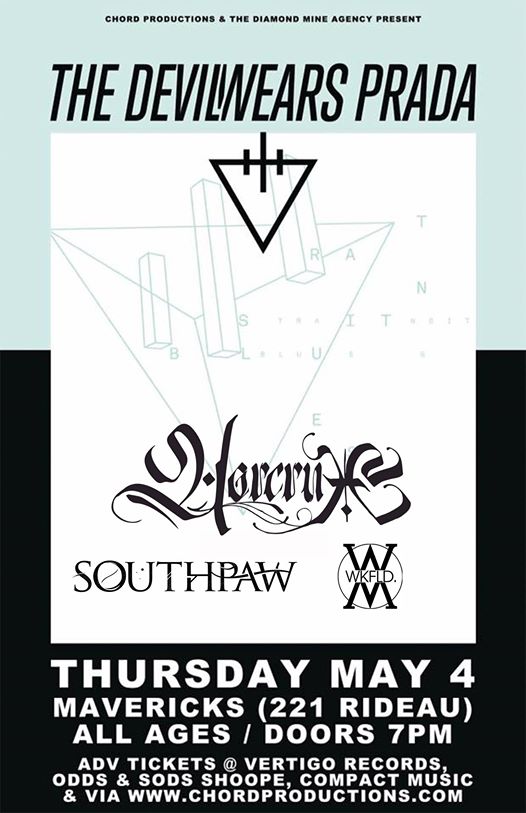 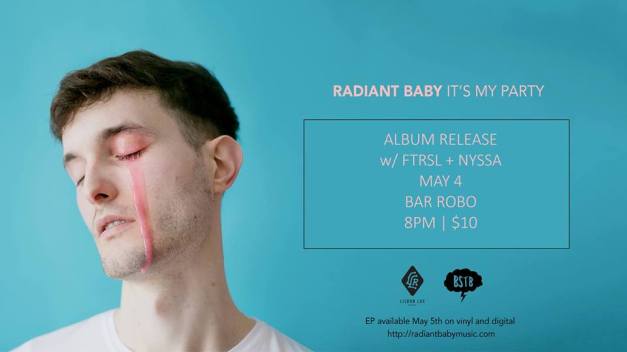 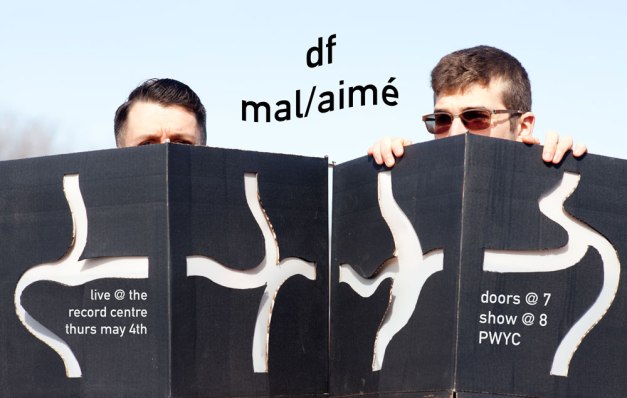 Hip hop heads won’t want to miss Toronto rapper Jazz Cartier this Thursday night at the Bourbon Room, as part the Secret Garden Tour. The established hip hop artist, who’s debut album “Marauding in Paradise” was long-listed for the Polaris Music Prize, will be sharing the stage with guests J.I.D., Levi Carter and others. 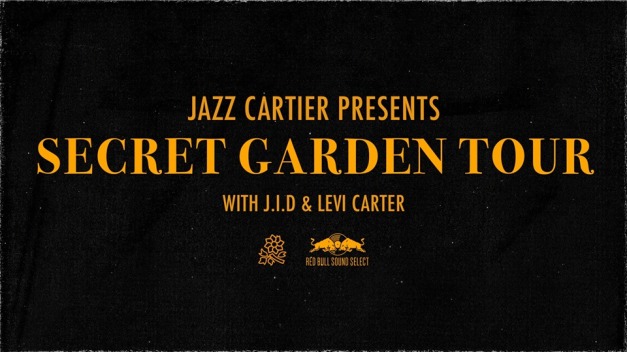 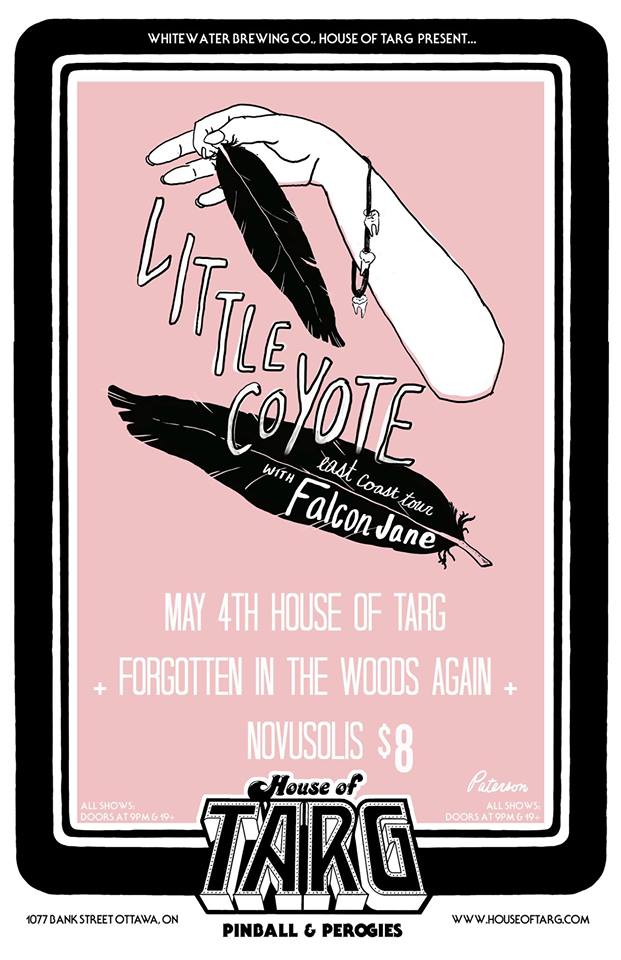 Kick off camping season this Friday, May 5 at Maker House Co. at a free family-friendly event hosted as part of The Happening. Local artist/historian Andrew King will present an evening of long lost Ottawa ghost stories with historic artifacts, pictures from Lost Ottawa, and even old home movies. Between stories, enjoy live music, beer and cocktails, and tasty smores-on-a-stick. 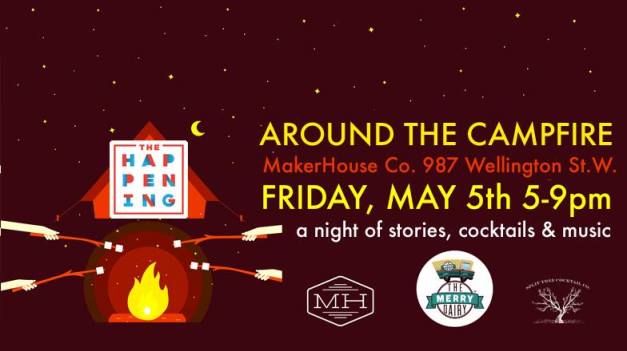 Have you been to Happy Goat Coffee in Hintonburg? It’s a charming spot tucked-away in a dead end that’s been hosting dance parties like Tropikalo and Bangarang, and lately they’ve started presenting shows as well, which is exciting. In fact, this Friday, can mark Cinco de Mayo at Happy Goat thanks to London Gentlemen Records who’s putting on a show featuring Grace Marr, Beyond Spain and Riishi Von Rex. What’s more, you can expext killer deals on delicious tacos and endless tequila shots.

This Friday, May 5, enjoy a night of acoustic music at the Blacksheep Inn in Wakefield withUpper Gatineau alternative folk band Outside I’m a Giant,Montreal artist Myriam Gendron and Montreal folk project Travelling Headcase. 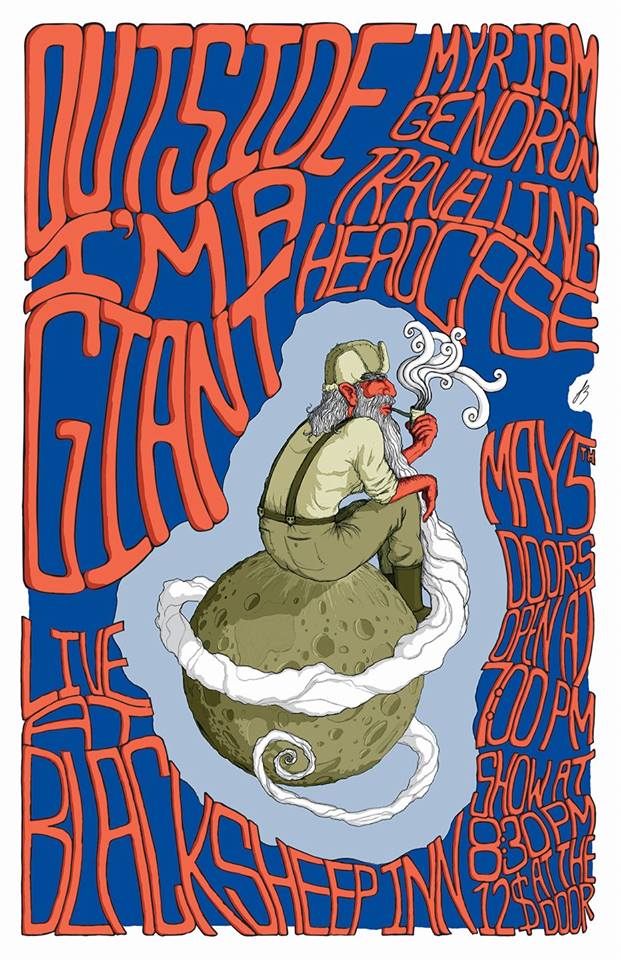 Ottawa rockers The Kindred are playing live at Mavericks this Friday night and for the occasion, the Sumerian Records signees will be sharing the stage with Ottawa post-hardcore band Halfsleeper, Ottawa instrumental metal project The Dead Centuries and Petawawa progressive rock band Pantomime. 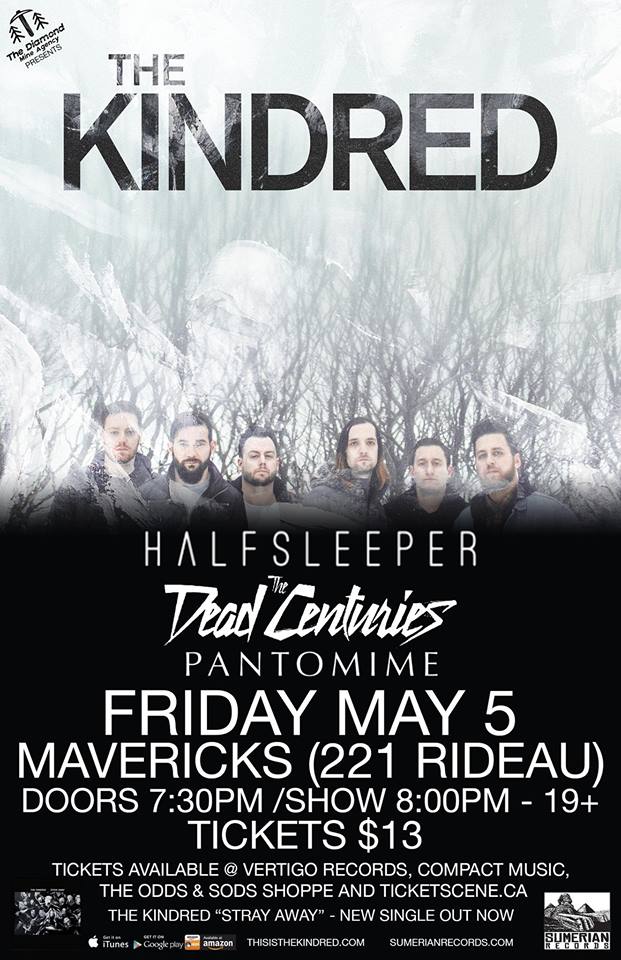 This Friday, join the Ottawa Chamberfest for a free evening of jazz and drinks presented at Bridgehead as part of the Chamber Pints Series. Experience the blood-drenched mystery of the Red Violin on an instrument as old as the legend itself. This latest edition of Chamber Pints will feature violinist Yolanda Bruno and her ‘Taft’ Stradivarius, on loan from the Canada Council of the Arts.

American hip hop artist RiFF RaFF is no stranger to Ottawa, in fact he’s played in our capital city more times than I can remember. This Friday he’s back at the Bourbon Room as part of his latest Canadian tour, and he’ll be joined by DJ Afterthought and rapper Peter Jackson. 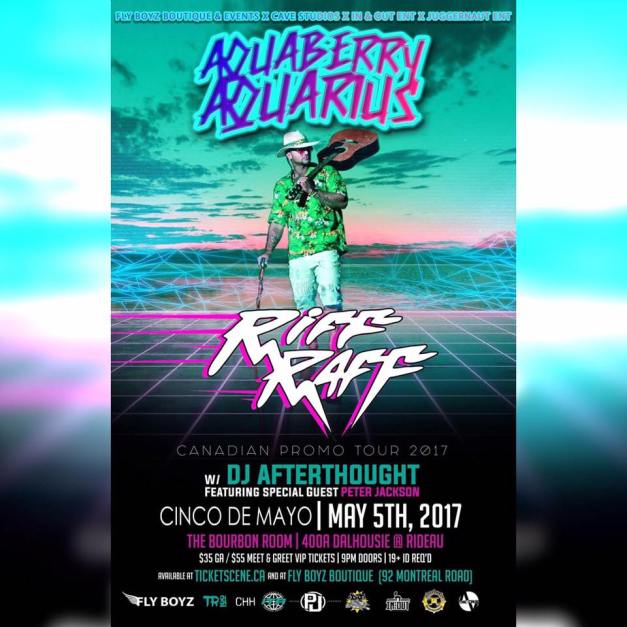 If you support Canadian hip hop, be sure to make your way over to TwoSixAte in Little Italy this Friday night to check out Halifax rapper Ghettosocks and Toronto-based emcee Nilla as part of their Cold Sixteens Tour. For the occasion, they’ll be joined by local DJ Jon Deck.

Double Barrel, one of Ottawa’s most popular monthly dance parties, is going down inside Babylon this Friday night. Resident DJ Magnificent will be gracing the 1s and 2s with his new partner in crime Trevor Walker and there will also be a live performance by Toronto soul /funk ensemble The Soul Motivators. Detroit Soul Food will also be back in the house to provide finger-licking good treats. A  funk, soul, Motown and vintage reggae dance party you don’t want to miss! 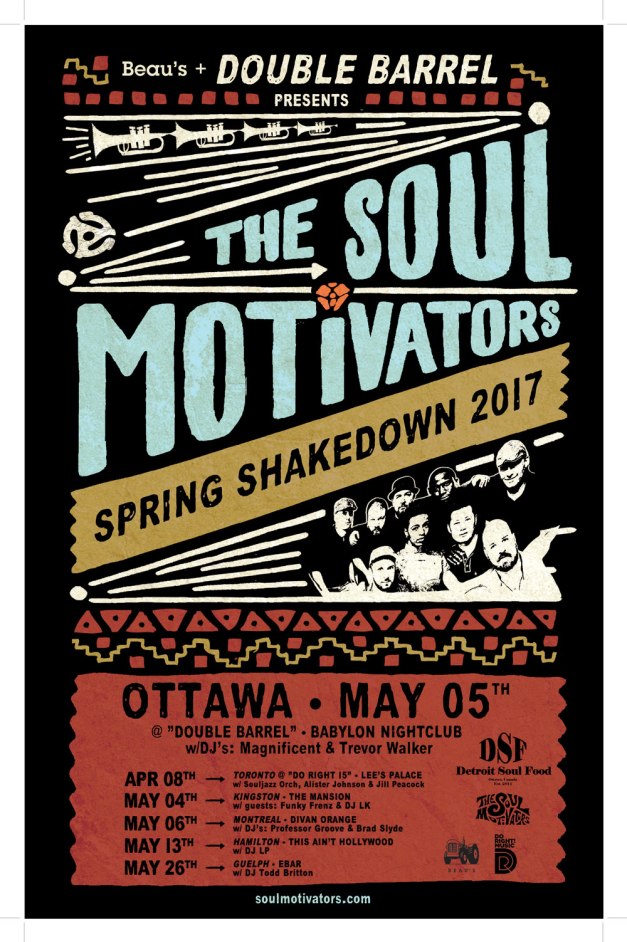 Ottawa-based musician Chantal Hackett is back on the music scene after taking some time away. This Saturday, May 6,  the pop/soul artist celebrates the release of her new EP “Ready for the Fall” with a show happening at Live on Elgin.

Thunder Bay indie rock/rock and roll band The Honest Heart Collective will be playing live at Zaphods this Saturday night as part of their 2017 Spring Tour. For the occasion, the guys will be performing alongside Hamilton indie-rockers New Love, London pop-rock band Texas King, and Ottawa indie folk outfit Sounds of Stories.

KROY, the side project of Camille Poliquin, one half of Montréal synthpop duo Milk & Bone, will be giving a live performance at the Minotaure in Gatineau this Saturday night in support of her debut album Scavenger. The Montreal-based artist will be sharing the stage with opening acts Floes and Paupière for her third solo show presented in the National Capital Region. This girl’s got mad talent, and so do the two other bands on the bill, so it’s bound to be a beautiful night of live music. 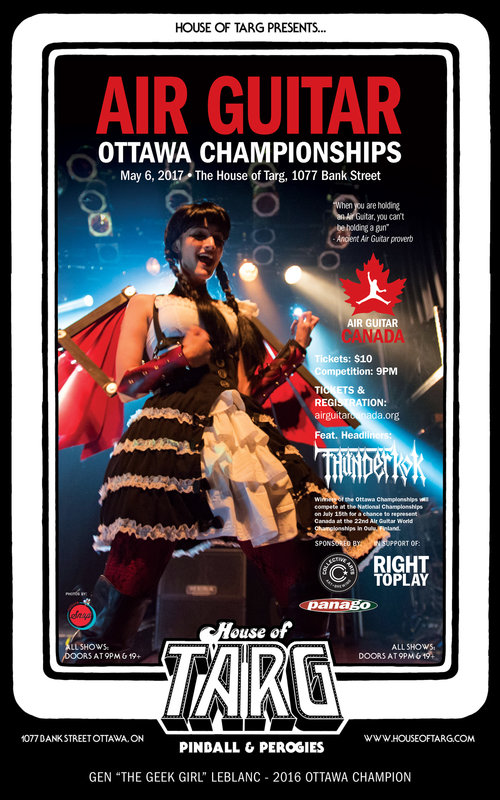 The Music.Art.Ppl. collective is having a residency at Bar Robo on the first Saturday of the month this summer and the fun starts May 6 with music from local sound selectors JFUN, Ken Roy and Dj Sportif. The lovely Coblou will also have a selection of curated art pieces on display.

Ottawa’s own Chef Chico and Aunt Thelma’s are hosting the next Hip Hop Hangover Brunch this Sunday, May 7. Happening at Kinki, the popular event will feature a finger-licking good thematic brunch menu paired with beats provided by Professor Mele and friends. One of the most solid brunches that you’ll ever try, trust me and my tummy. 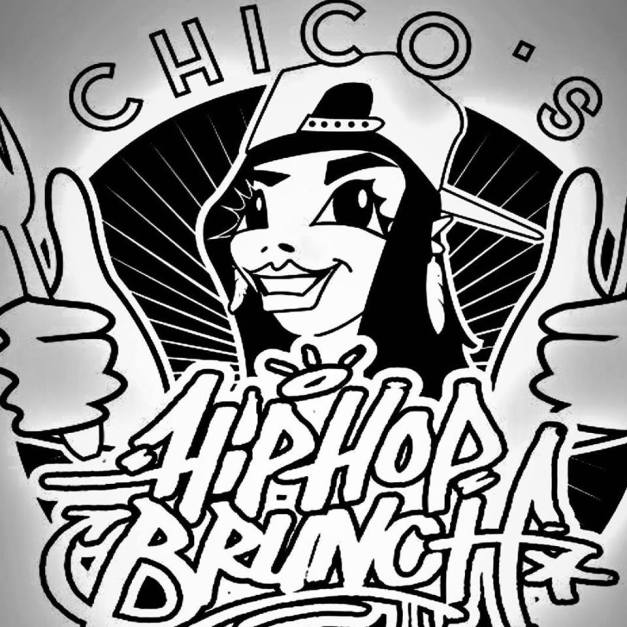 If you’re up for a lazy Sunday afternoon sipping cheap caesars, head to Bar Robo this May 7 for Sunday Spins, a Sunday Afternoon DJ Series. This week will feature a live set by Ottawa DJ Pink Veil.