All That Jazz: Must-Sees at the 2016 Ottawa Jazz Festival 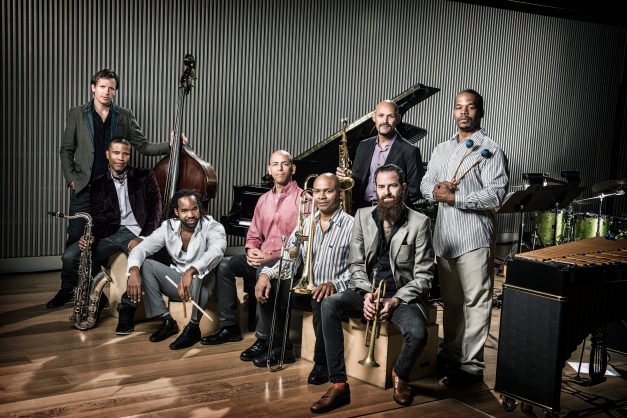 The TD Ottawa Jazz Festival, a key event within the National Capital Region’s music scene, is back with another stellar lineup and this year, the action is happening from June 22 to July 3. The 36th edition of this annual gathering of music enthusiasts will once again be held at Confederation Park, the City of Ottawa’s Festival Plaza and the National Arts Centre as well as a few other near-by locations. This year’s format will be similar to past instalments, complete with different series geared to please crowds with various musical interests. There’s plenty of talent to catch during this year’s edition, so to help guide your choices, Eventful Capital has curated a top 10 list of must-see acts that you should include on your list of performances to check out. Here they are in no particular order:

Jazz saxophonist Kamasi Washington has been hailed by music critics and jazz fans alike for the incredible body of work that is The Epic. Released in March 2015, Washington’s multi-genre debut album is considered by many to be one of the most revolutionizing jazz projects to have been released in years. The 35-year old artist, who is also recognized for his work with genre-bending hip hop artists Kendrick Lamar and Flying Lotus, is certainly not afraid to experiment and as such is helping redefine contemporary jazz as we know it. A refreshing sound from a young musician who’s only getting started.

Long-listed for the 2015 Polaris Prize for their album Sleeping Operator, The Barr Brothers have shown that they’ve made their mark on Canadian music. The relatives, originally from Boston, relocated to Montréal in 2004, and since they have formed a folk quartet with musicians Sarah Page and Andres Vial. Mixing blues and rock to their sound, the Barr Brothers have been winning crowds over with their unique use of harp, which brings colour, texture and melody to the music. Check them out on June 24 at 7 p.m. at the NAC Studio.

With its ever-evolving lineup of musicians who take on new musical works by different artists every year, the SFJAZZ Collective is continually reinventing itself and pushing its boundaries, giving audiences fresh takes on classics as well as original creations. This year, the collective presents their interpretation of the music of the one and only Michael Jackson, breathing new life into the King of Pop’s legendary repertoire. If you’re an MJ fan, you’re going to love this! See the SFJAZZ Collective headlining the Main Stage on June 24.

I was first introduced to the genius that is Colin Stetson at the Ottawa Jazz Festival, and needless to say that as a saxophone enthusiast, I was blown-away by his remarkable talent. Seeing this multireedist perform live is a magical experience as Stetson delivers hauntingly beautiful and mesmerizing sets, something so unique and captivating that one must experience it in person to truly grasp its brilliance. Simply put, it was one of the most moving performances I’ve ever experienced, and this year, not only is he returning, but he’s set to give two performances: one as a duo with violonist Sarah Neufeld  and another one with a complete ensemble for SORROW, a re-imagining of Polish composer Henryk Gorecki’s 3rd Symphony.

Ben Caplan is one of those genuine musicians and singer-songwriters that pours his heart into his music. A Native of Hamilton who now resides in Halifax, Caplan has been charming audiences around the world with his earnest soulful folk sound and charismatic persona since the release of his debut In The Time of Great Remembering. He’s definitely not to be missed as he takes the Tartan Homes Stage on June 27.

When Trombone Shorty performed at the Ottawa Jazz Fest in 2012 and subsequently at the Ottawa Bluesfest in 2014, he caused quite the commotion, good ones of course. The 30-year old trombone and trumpet player from New Orleans, Louisiana brings southern hospitality to the stage thanks to his feel-good jazz, funk and hip-hop infused music. Not only is he a talented musician who can carry a tune, his back-up band, the excellent Orleans Avenue, only adds to Shorty’s stage presence, energy and musical prowess. Together, they display excellent showmanship and delight crowds wherever they go. Catch them on the Main Stage on June 27 at 8:30 p.m.

Buffy Sainte-Marie is a true force to be reckoned with. As an cultural icon, she’s be creating art and inspiring people for over five decades as well as being a voice for social justice causes. Winner of the 2015 Polaris Music Prize for her album Power in the Blood, Sainte-Marie captivates young and old with her powerful sound and is bound to give a stand-out performance when she hits the Main Stage in Confederation Park on June 28 at 8:30 p.m.

Edmonton brother-sister duo Tennyson have a certain musical maturity that is rare for teens who are still in high school, thanks in part to their father, a jazz drummer who certainly had a big influence on their sound. Already, Tennyson are multiplying festival appearances and headlining gigs and gaining quite a following in the process. Their fun electronic style that mixes plenty of samples and catchy vibes will delight those who check out their set June 26 as part of the After Dark Series. Expect to dance too!

When a band is invited to return a second year in a row, it’s a sure sign that its doing something right. Such is the case for Ottawa’s own Mackenzie Rhythm Section who’ll be performing this year again on the Laurier Avenue Music Stage. The local funk, soul and rock n’ roll band who has built a solid reputation for giving top notch live shows, is bound to get you moving and grooving. This show is basically a guaranteed good time and a great way to support local talent, so it’s definitely worth your while if you can catch their set on June 27 at 7:30 p.m.

Michael Franti is no stranger to Ottawa, having performed at the Folk Festival in 2004 and at Bluesfest in 2006. The Oakland, California musician, spoken word artist and singer-songwriter, who’s a big defender of human rights and environmentalism on and off the stage, has a tendency to win crowds over with his eclectic genre of music and activist spirit. With his band Spearhead joining him on the Main Stage on July 2, Franti is definitely an act to check out.

And there you have it: Eventful Capital’s top picks for this year’s Ottawa Jazz Festival. For more information, to find out the full lineup and to grab tickets visit http://ottawajazzfestival.com/.

One comment on “All That Jazz: Must-Sees at the 2016 Ottawa Jazz Festival”