June has already come and gone, and it was a beautiful month, so hopefully you were able make the most of it. July is now just around the corner, and if you’re around Ottawa-Gatineau these coming days and looking for some live music shows, check out Eventful Capital’s weekly picks below for a variety of noteworthy suggestions.

Most of you are off work tomorrow, so if you’re still undecided about how you’ll spend your Canada Day, you can always hit up  The Brig Pub starting at 3 pm for some music selections by DJs Magnificent, Mayhem and Select.

If you want to take in some live music after the fireworks, head over to Babylon on Bank Street to check out local experimental alt pop group Hilotrons and Ottawa-based neo-soul band The Split. They’ll be performing live starting at around 11pm. 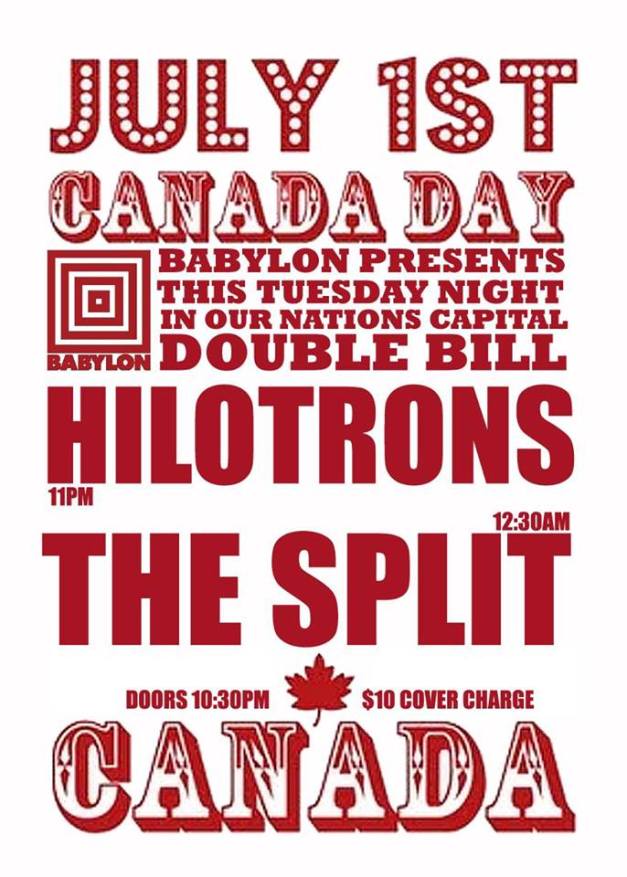 Those of you who are fans of hip-hop should make their way over to the Rainbow Bistro on July 1 for Dynamic’s CD Release Party for “A Collection of Thoughts”. For the occasion, the local hip-hop artist will be joined on the stage by Ras Lee & The Vibes Band, The Key Components and Hyf The Gypsy Sun. Come out and support some Ottawa homegrown talent and celebrate Canada Day with a bang.

If you’re on the Gatineau side for Canada Day and don’t feel like crossing over to Ottawa, you should go to the Petit Chicago in the Vieux-Hull sector to attend Fau Mardi. This recurrent event, which highlights audio-visual and encourages the local electronic culture, will feature Ottawa DJs/Producers Foster and Gregular for this special July 1 edition. If you like it, check out the rest of the July programming too! 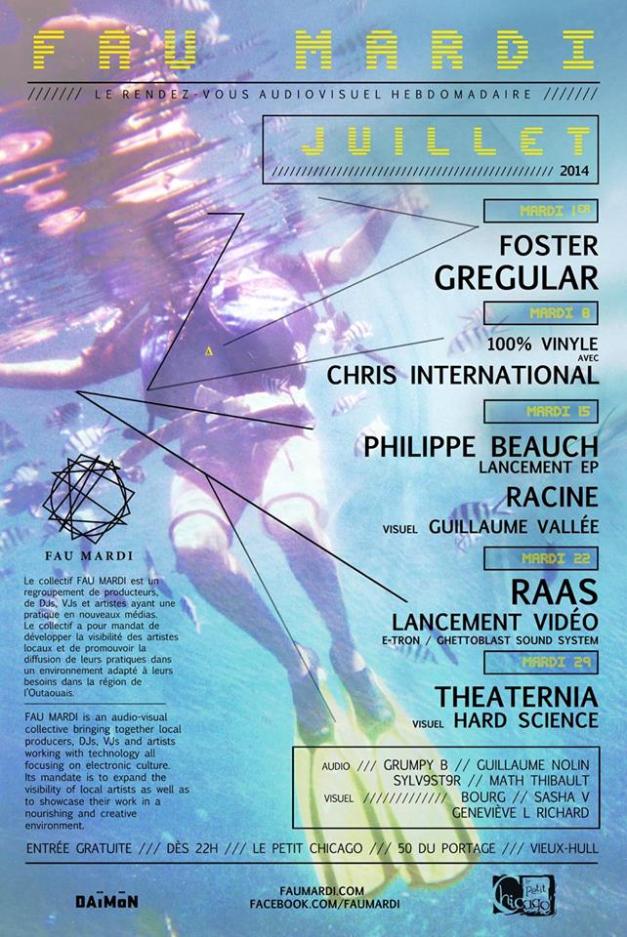 Not everyone likes going out on Canada Day, so if you prefer waiting until July 2 and you enjoy rock n’ roll , then be sure to go rock out with Rival Sons at Mavericks on Wednesday night. The Long Island, California group will be performing live in Ottawa alongside local rock n’ rollers Eagleson.

Acoustic indie folk duo Made Noon invites you to join them at the Rainbow Bistro this Thursday, July 3 for a live show that they’ll be giving with the local indie folk 4-piece The Dirty Sheep.

The Canadian hip-hop heads will wanna make their way to Ritual this Thursday, July 3 to see Evil Ebenezer perform live as part of the Best Summer Ever Tour. The Vancouver-based indie rapper will be giving a show in Canada’s Capital alongside Factor and special guests Ill Tone, Random Humans, and CQUEL.

Ottawa’s biggest and most popular festival is celebrating its 20 anniversary this year with a special edition featuring a wide array of musical acts that are sure to offer something for everyone. The 2014 edition’s well-balanced lineup includes the likes of Lady Gaga, Cypress Hill, Queens of the Stone Age, Journey, Snoop Dogg (again!), Zedd, St. Vincent, Jake Bugg, Moist, Trombone Shorty and Sam Roberts Band as well as local bands BlakDenim, The Split, Silkken Laumann, Average Times, Boyhood, Old Stereo and several others. Let’s just hope Mother Nature brings us lots of sunshine for our favourite time of year!

If you want to join a night of classic anarcho punk, crust and dirt bag rock n’roll, then you don’t wanna miss Cress, Appalachian Terror Unit, Asile and Slumlord live at House of Targ this Friday, July 4.

Maybe you’re more into bluegrass punk rock? If that’s the case, Mavericks has got you covered this Friday night with Old Man Markley coming all the way from LA to perform live in Ottawa. This bluegrass punk band who gives a heck of a show, will be joined on stage by Nova Scotia Edgy Folk/Rock The Standfields and Ottawa folk tinged punk rock group The Valveenus.

The monthly edition of Frenzy is going down at Babylon this Friday, July 4. The last Frenzy instalments have been crazy fun sold-out dance parties featuring some of the best upcoming and established music producers out there. This time around will be no different as Straight Goods brings you HW&W producer Pomo from Montreal. As per usual, local DJs Iggy Smalls and Foster will be warming up the dancefloor with their dope music selections.

This Saturday, July 5, Kapacity Entertainment and Broke Billionaire Media bring you South Florida’s own Robb Bank$ live in Ottawa. The rapper, who’s the son of reggae pop star Shaggy, will be performing at Ritual alongside special guests Dillan Ponders, The Bass6 and local acts The Adding Machine, Eddy Py and TG.

This Sunday, July 6, Spectrasonic, Ottawa Explosion and Megaphono present Viet Cong live at the cozy and intimate Raw Sugar Cafe. The Calgary indie/rock group, which happens to be made up of ex-members of Women, will be performing at the Somerset Street venue with Berkeley truewave/punk band Street Eaters.