End of October in the Capital City: From Heathers and Krewella to the CKCU Funding Drive and Thugli

With Halloween just around the corner, there’s so much going on in and around the National Capital that I wish I could split myself into four not to miss anything. Alas, that’s unfortunately not going to happen anytime soon, but regardless, I’ll be sure to make the most of the days ahead and you should too! Take a look at Eventful Capital’s carefully selected event ideas listed below for suggestions on what’s worth checking out in the coming week.

Where to start? At Pressed Cafe this Tuesday, October 22 to check out a live performance by Slow Down Molasses of Saskatoon. The indie drone folk band will be playing tunes alongside Ottawa indie folk group Winchester Warm. 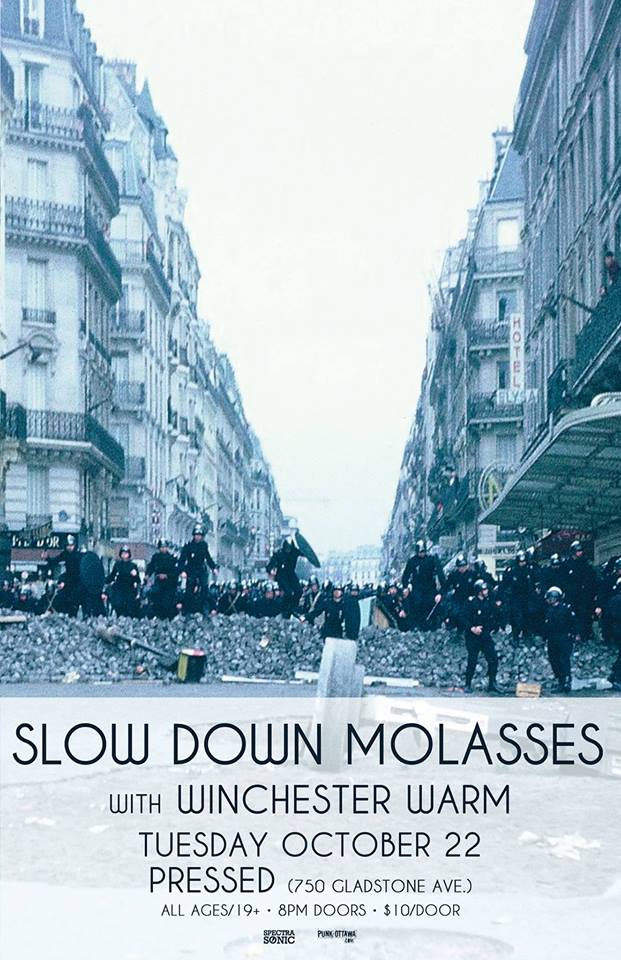 Drake Groupie Alert: October’s Very Own will be making a stop in Ottawa this Tuesday, October 22 on the occasion of Would You Like A Tour? in an effort to promote his latest album Nothing Was The Same. The official after party will be held at the new Era Nightclub in the Byward Market and will feature special guest appearances most likely from P Reign, Future and perhaps PARTYNEXTDOOR who, I’m sure, will all be on their worst behavior.

This Wednesday, October 23, Ottawa Explosion presents The Famines live at Pressed Cafe. The Edmonton/Montreal noise garage duo will be performing alongside musical guests Average Times and Finderskeepers both of Ottawa. 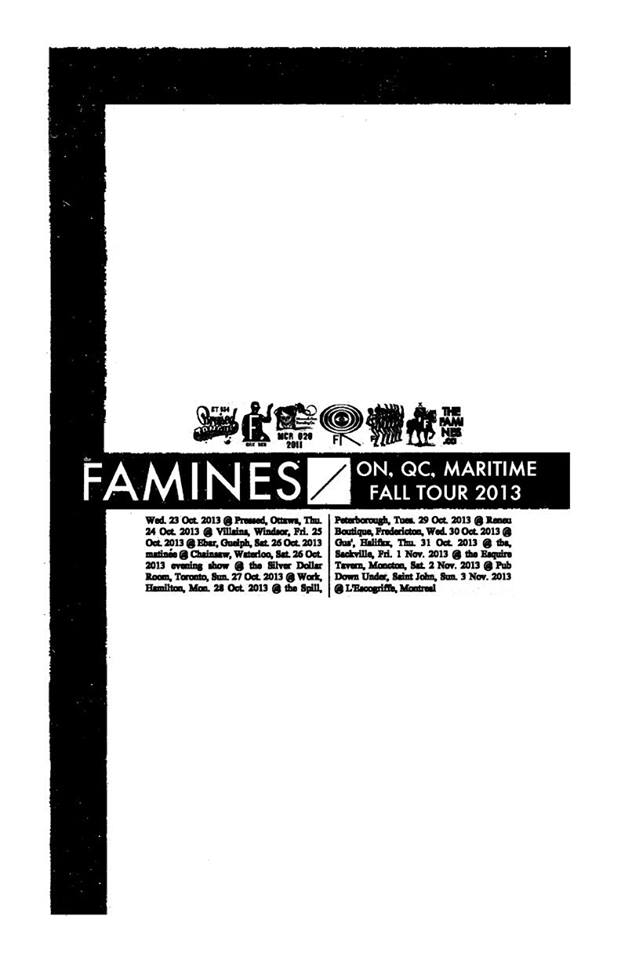 The Mercury Lounge presents Noah live in concert this Thursday, October 24. The Ottawa-based multi-disciplinary musician and visual artist will be debuting 5 new songs from a collection entitled ‘Wonderheart’ that aims to bridge the gap between electronic pop and cinema, with a performance that will visually and musically defy genres. 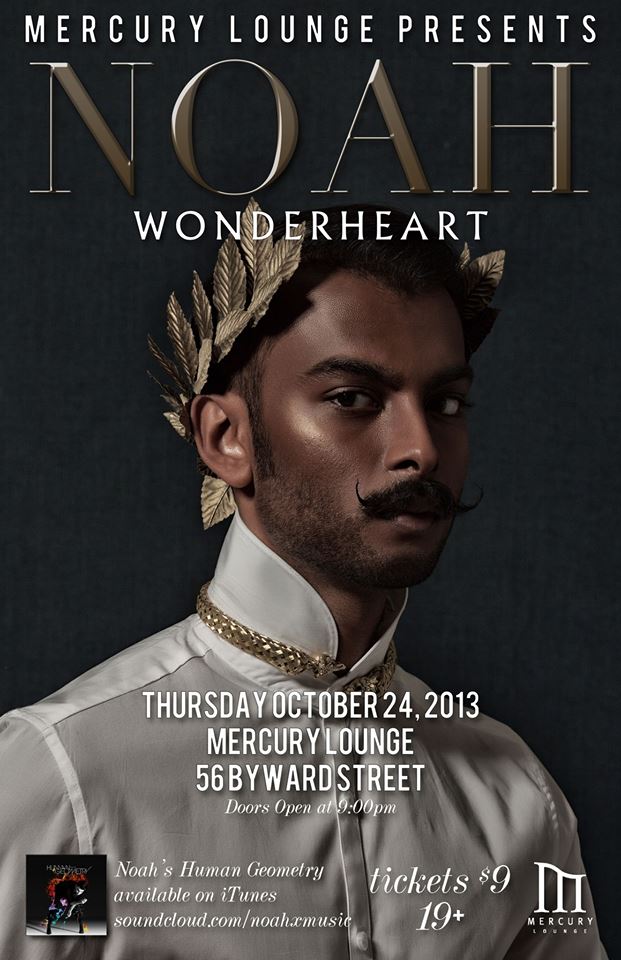 Diemonds are kicking off their North American “Skeletour” this Thursday, October 24 at Mavericks. The Toronto hard rock band will be performing live alongside local groups  Eagleson, Black Stone Hearts, and Suns Of Stone. 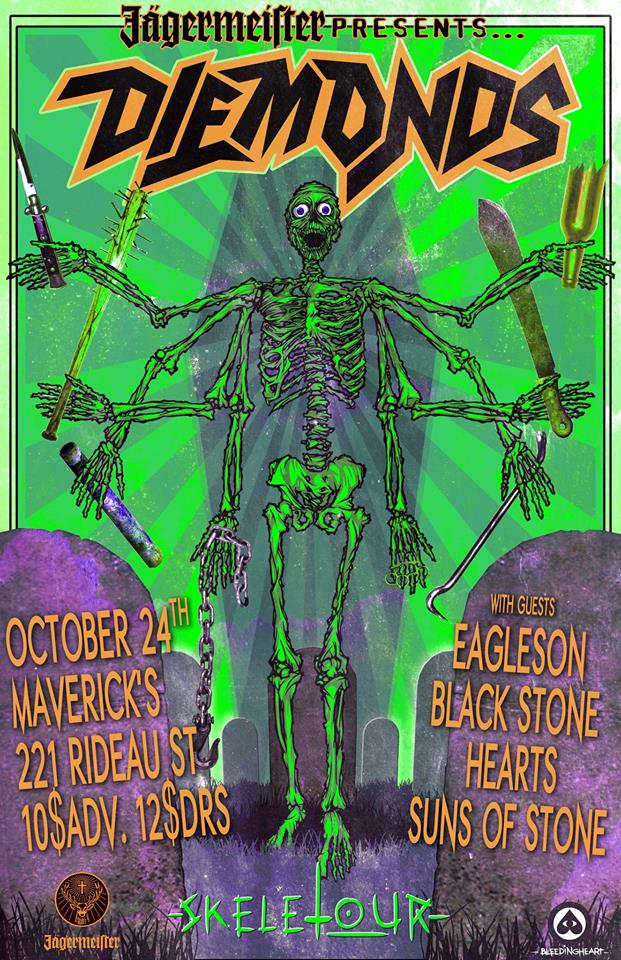 On Friday, October 25, Raised By Wolves will be launching its Fall/Winter Collection at Top of the World from 9 to 11pm. Following the launch, there’ll be an official after party at Ritual with Party Pack featuring a live DJ set by Thugli with local support by DJs Laocapone and Foster. If you haven’t seen Thugli live yet, run don’t walk cause you’re definitely missing out. 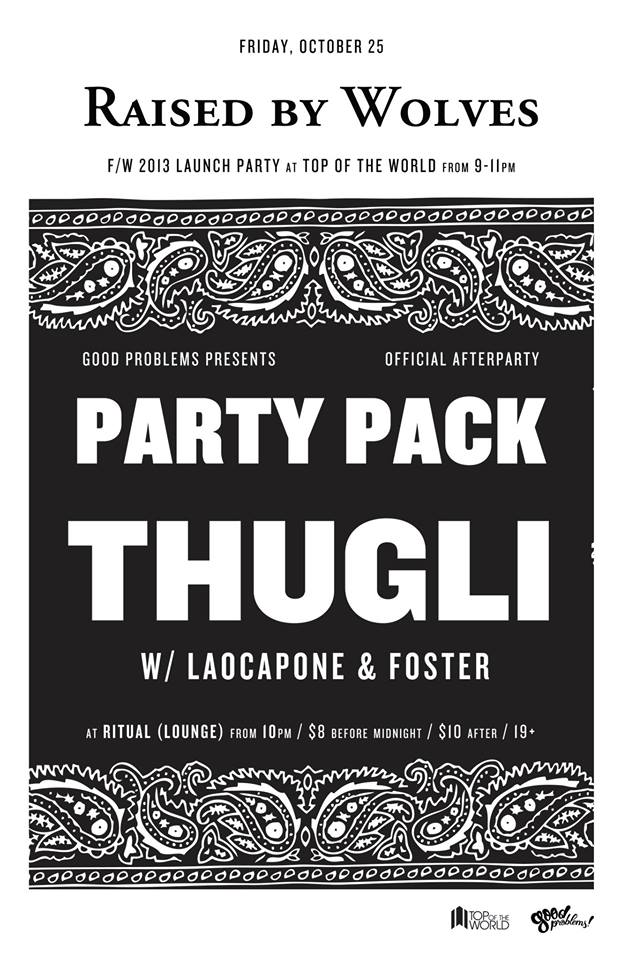 EDM fans will want to head to the Ernst & Young Centre this Friday, October 25 to check out Krewella live. The Chicago DJ trio will be in Ottawa to give a live set alongside Seven Lions and Candyland on the occasion of their Get Wet Live Tour.

If you’re into punk rock, you may want to check out Bbigpigg live at Pressed Cafe this Friday. The Brooklyn noise punk band will be performing as part of their Wholesome Bbigpigg Tour with special guests THIGHS of Toronto and Ottawa’s own Mark Molnar (who happened to be my English teacher at Heritage College back in the day just sayin’.) 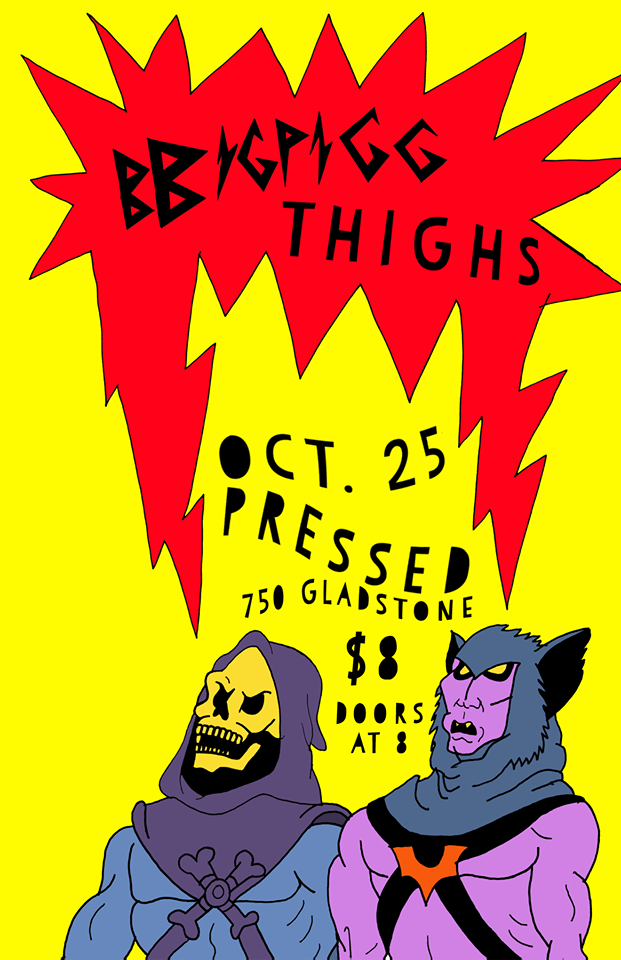 If you’re looking for something more low-key, the Modulo documentary premiere is being presented at the Mercury Lounge this Friday, October 25. Modulo is a short documentary profiling three Ottawa individuals who build and perform on modular synthesizers. Their passion for analogue synths helps reveal some the ground breaking inventions of near-forgotten Ottawa synth pioneer, Hugh Le Caine. After the screening, there’ll be live performances by Muffwiggler, Edmund Eagan and Hard Science. 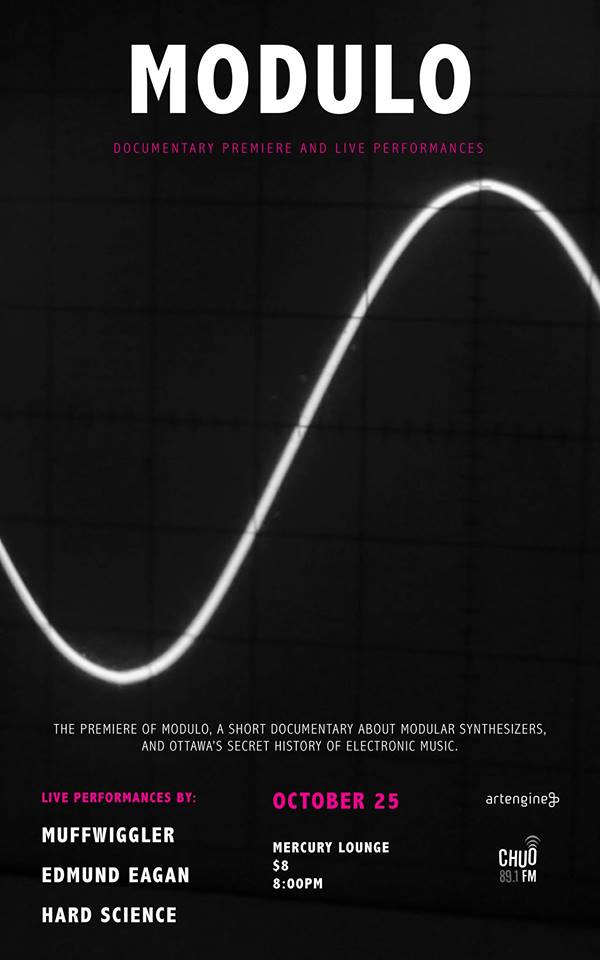 CKCU FM’s annual funding drive kicks off with Acoustic Sessions this Friday at The Daily Grind. The evening of music will feature live performances by David Pierce of Ornaments, Dynamite Motel, Cody Smith of The Apollohs, Kevin N Hell and Rich Chris. This is a great occasion to support community radio and local artists! 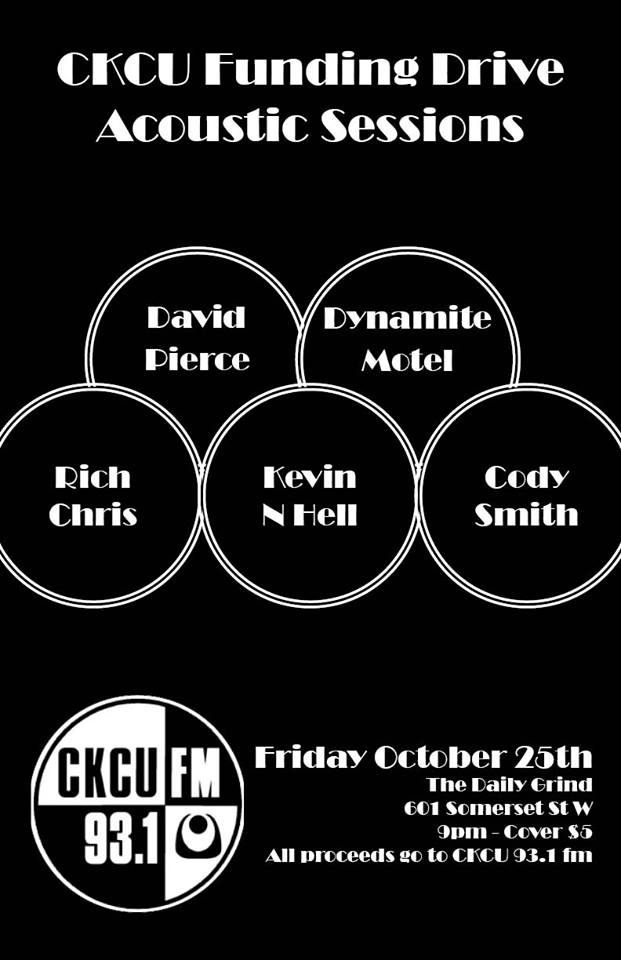 Did I mention that there was lots happening on Friday night? Because there is. Heathers are back in Ottawa to perform live at Zaphods in the market. The Irish indie-pop duo will be giving a live show alongside opening acts The Ecstatic and Peas&Carrots both based out of the National Capital. 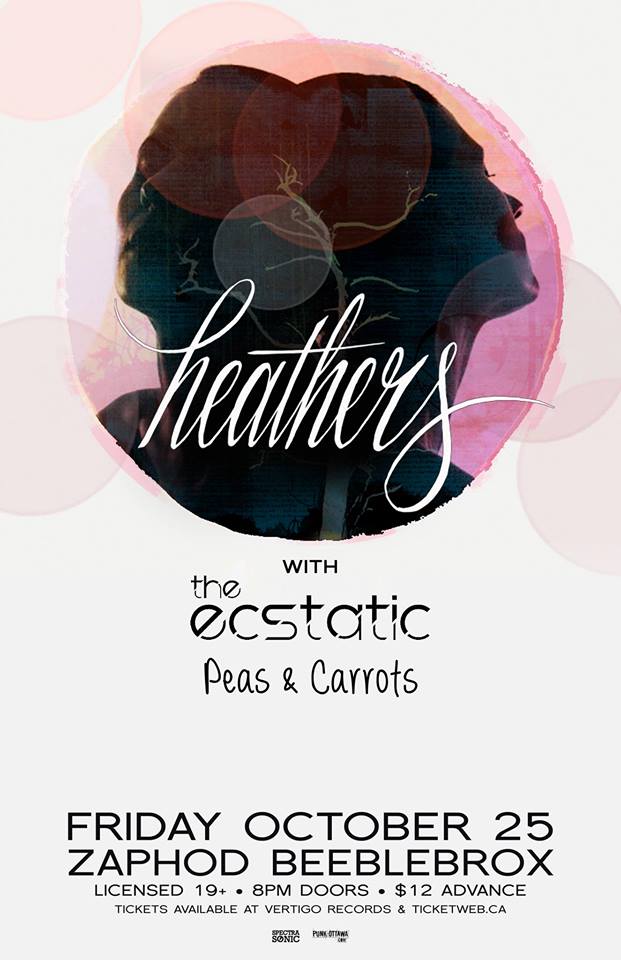 The Mercury Lounge’s Locally Grown Series is back this Friday with performances by special guests NDMA (Nilton De Menezes) and 6degrees (Andrew Carter). The two Ottawa-based artists will be giving a live show with support from resident DJ Lance Baptiste. 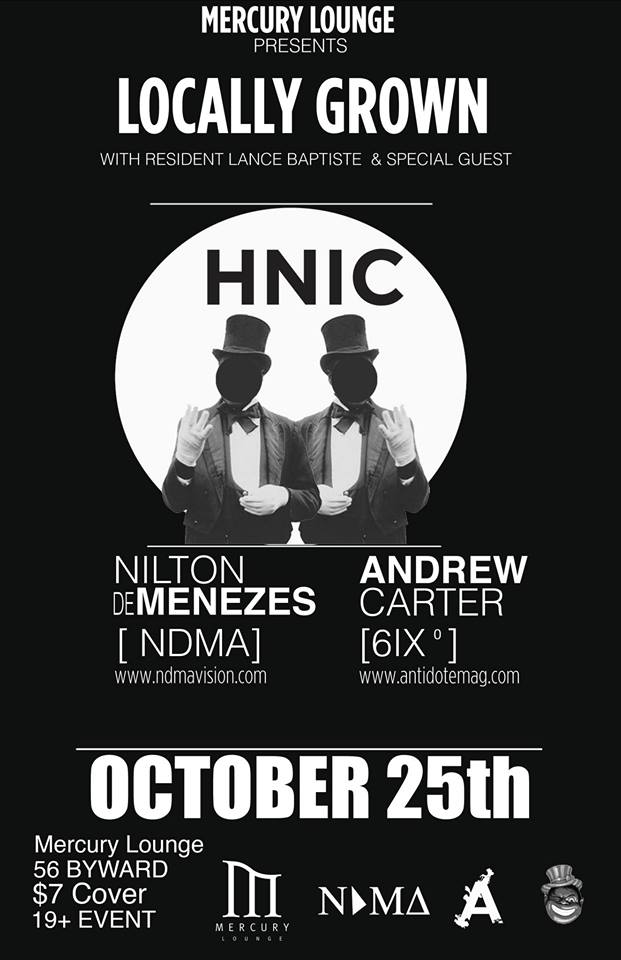 Metal heads of all ages will want to head over to Luneta Cafe on Saturday, October 26 to catch hardcore/metal group Fall City Fall perform live. The Calgary-based formation will be joined on stage by A Sight For Sewn Eyes, Kennedy, The Thirteenth Floor, and Here Comes Bigfoot. 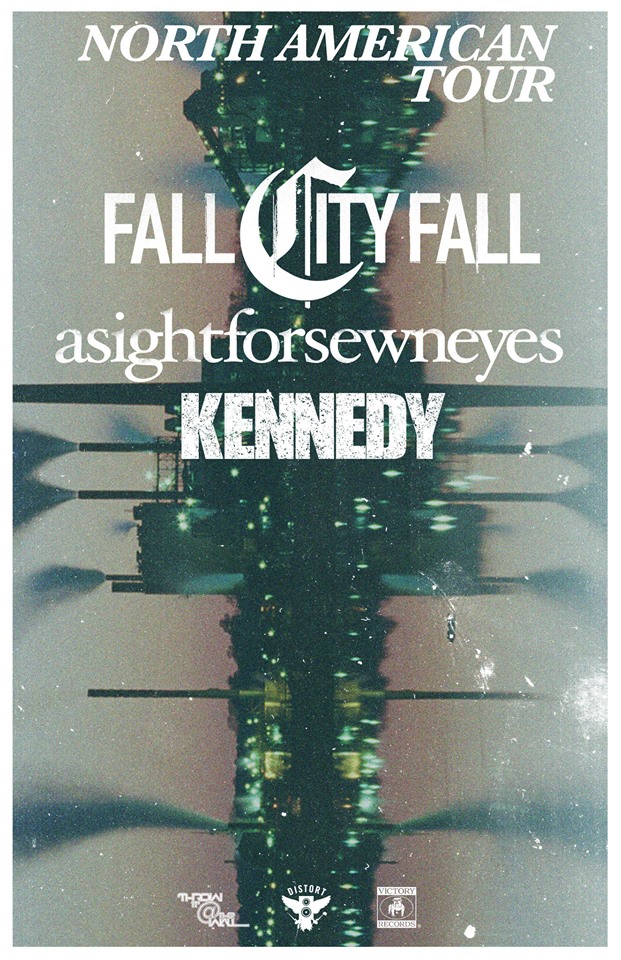 Over at Zaphods this Saturday, Spectrasonic and punkottawa.com present Ottawa’s Loon Choir with special guests. Due to unforseen health issues, The Darcys and Still Life Still have had to cancel their appearances, but promise to be back in the National Capital soon. In the meantime, the show must goes own. 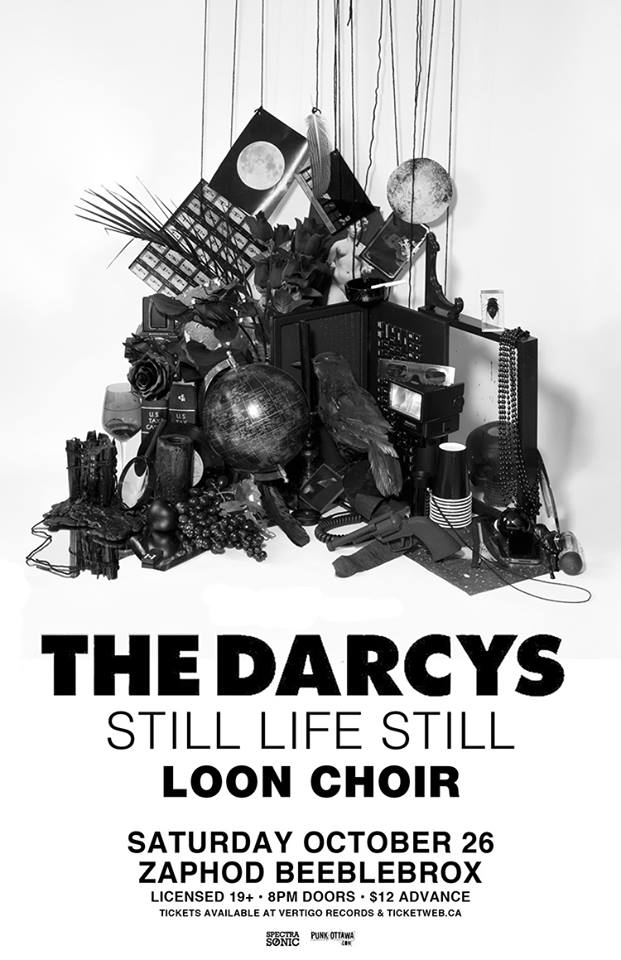 This Sunday, October 27 at Raw Sugar Cafe, Toronto alt-folk singer-songwriter Rob Moir will be giving a live show in an effort to promote his latest album Places to Die. Moir will be joined on stage by Ottawa indie/folk musician Steve St. Pierre and Ottawa folk/rock artist Joe Brownrigg. 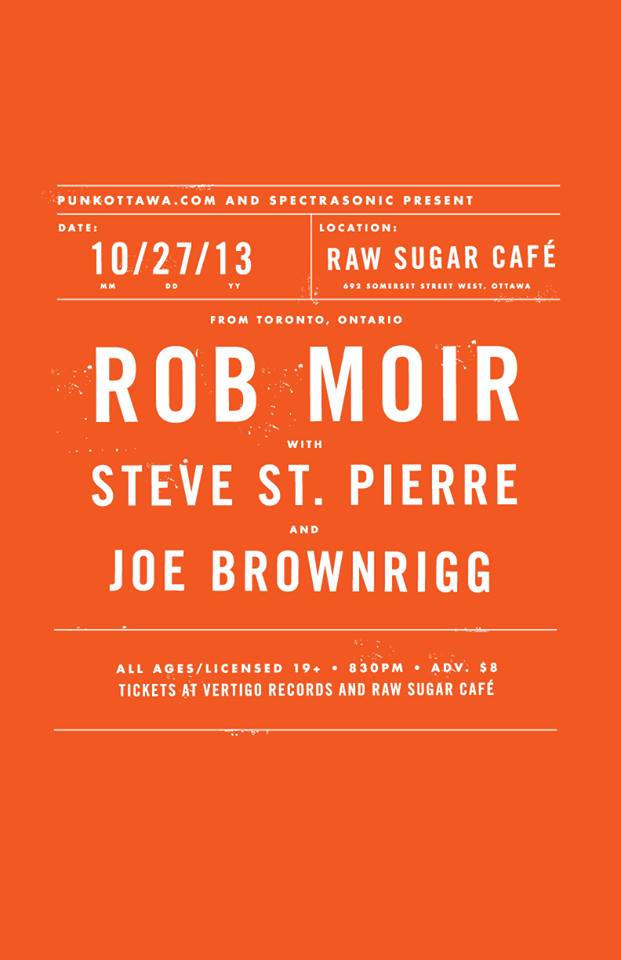 Well there you have it ladies and gents, enjoy the week ahead in the National Capital Region and be sure to spread the word on what’s happening around our eventful capital!