End of July in Canada’s National Capital: From Asinabka and Latin Sparks to Red Bull Flugtag and The Treble

Some of you may have been suffering from festival withdrawal since the Ottawa Bluesfest ended and that’s totally legitimate. Tell yourselves that you are not alone and that we’ll get through this together thanks to the many events happening in and around the city in the days ahead. We’ll be fine, we’ll just experience music differently. And festivals, because there are still many festivals taking place.

For example, for the second consecutive year, Ottawa is about to welcome the Asinabka Film & Media Arts Festival in celebration of Indigenous arts on Algonquin Territory. Following a successful first year, the annual festival is back with a 2013 edition that promises to offer a rich and engaging programming emphasizing art works that examine Indigenous issues and topics. The festival will take place over four days and will feature film screenings and gallery crawls, some of which are being held outdoors. Click on the below poster for festival details and check out Eventful Capital’s special feature on Asinabka.

This Wednesday, July 24 Ottawa’s own Loon Choir will be performing live at Mavericks alongside Ottawa indie group Little Stella and BC indie folk band Shred Kelly. Loon Choir just recently gave a solid show at Bluesfest and is currently on a summer tour across the country so this should definitely be a good time with awesome Canadian musicians. 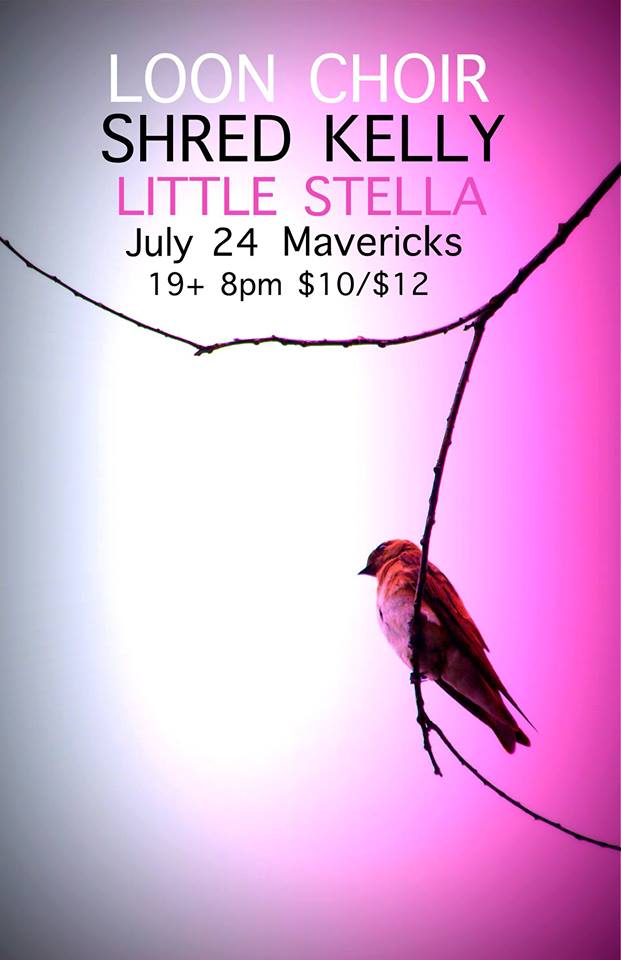 The underground hip-hop heads may want to check out Apathy and Celph Titled this Wednesday, July 24 at Ritual Nightclub. The American rappers will be in Ottawa as part of the KILLmatic Canadian Tour and they’ll be joined on stage by special guests Transit and Black Market Underground among others.

On Thursday, July 25, Up & Up Music presents High Waters live at the Mercury Lounge. The indie folk rock group from Peterborough, Ontario will be performing live in an effort to promote their debut album Stand Up. Up & Up Music has decided to bring these guys back following their opening performance for Claude Munson’s Album Release Party last December.

Riff Raff aka Jody Highroller is back in Ottawa this Thursday, July 25 as part of the Neon Icon Tour. The American rapper and pop culture personality will be performing live alongside Dirty South Joe, The Airplane Boys, DJ Illo, and Slightly Famous among others. The ones to watch for at this show are Toronto-based duo The Airplane Boys who’ve continually been releasing free boundary-breaking mixtapes for their growing fan base. The emerging duo, comprised of long-time friends Bon Voyage and Beck Motley, will be opening for Riff Raff and are guaranteed to bring straight energy and originality to Ottawa.

Grand Wizzard Ghettosocks & Jon Deck are launhcing a new monthly event at Mugshots starting this Thursday, July 25 called TABLES TURNT. The concept of the night is to have people that don’t normally deejay, deejay! So basically rappers, MCs, musicians, songwriters and music lovers alike are welcome to try their hands at making the crowd move for a night. Think you got what it takes? Click on the below banner for details on how to sign-up.

This Friday, July 26, the Mercury Lounge presents Pedro Quental and band live. The Monobloco singer from Rio De Janeiro will be accompanied by Toronto-based Brazilian musicians for the occasion. The singer, composer and performer will be performing Gafieira Carioca Soul, which is a unique mix of old dancehall “samba de gafieira” swing combined with the funky beats of Rio’s soul movement.

The monthly edition of Double Barrel is going down this Friday, July 25 at Mugshots in the courtyard. For the July installment, resident DJ Magnificent will be accompanied by Toronto DJ Splattermonkey Y’all and Ottawa-based DJ SKA-TEE for a pure night of mid 1960’s to 1972 tunes. Grab more info by clicking on the event poster below.

This year marks the 10th anniversary of House of PainT, Ottawa’s community festival which celebrates urban culture and arts. The #HoPX Launch Party is being held this Friday, July 25 at Ritual with none-other than NYC’s Hypnotic Brass Ensemble. For the occasion, the full festival line-up will be announced so be sure to support this important local festival and Ottawa’s artistic community with your presence.

If you’re looking for something completely outrageous to do this Saturday, your best bet is to hit up the 2013 Red Bull Flugtag competition happening on the grounds of the Canadian Museum of Civilization by the river. This annual event launched in 1992, in which competitors attempt to fly home-made human-powered flying machines from a 22 feet high deck into the water, kicks off at 10:3o am. Be sure to encourage our local teams namely the ones from the Museum of Civilization and War Museum! 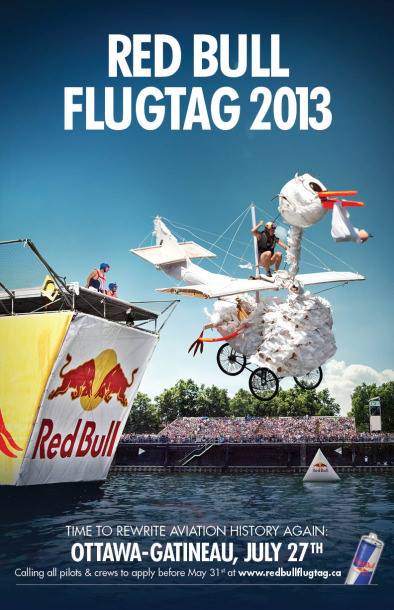 On the Gatineau side this Saturday, July 27, Rommel Ribeiro will be performing live with his trio at the Petit Chicago. The local Brazilian artist, who was selected by Radio-Canada as the 2012-13 World Music Revelation, will be performing alongside the Ottawa-based Harea Band.

Following a successful first edition, The International is back with Latin Sparks II this Saturday, July 27. Based on past issues and recommendations, organizers have improved the event to offer a better experience to those who attend. Taking place along Sparks Street, the block party promises to offer a night of dancing under the stars with complimentary dance workshops, latin music, latin cuisine and live percussionists and entertainment.

Also on Saturday, July 27, the Mercury Lounge presents special guest DJs Sean Chin & Jefferson Parks. The two DJs, who are filling in for resident Trevor Walker, will bring you the best in deep house, afro, latin, disco, tech, dub and reggae to ensure you dance til the sun rises.

If you’re into rap battles and the hip-hop scene, you might want to head over to Ritual this Sunday, July 28 for the KOTD Champions Tour. Organik, Gully TK, and Avi Rex, have been traveling across Canada to spit their lyrics alongside some of the country’s best battlers. The event will also include live hip-hop performances and an opportunity for local artists to battle.